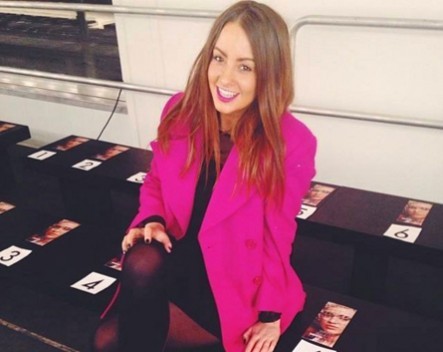 A Sydney entrepreneur hoping to disrupt the fashion industry will try her luck on a new Chinese reality television program next year in a bid to win millions of dollars in funding.

Jessica Wilson, the founder of shopping app Stashd, will fly to China at the start of the new year to begin filming the first series of The Next Unicorn.

The Next Unicorn aims to find the next multi-billion dollar company, with the winner receiving $2.5 million in funding.

Speaking to SmartCompany this morning, Wilson says it makes sense for Stashd to take part in a Chinese reality television series focusing on entrepreneurship.

“Organically, about 20% of our user base is the Asian market without trying to market there,” Wilson says.

“So we saw from the start there’s a demand there. There’s also the middle class market coming up… and the gamified way of shopping in the Asian market is incredibly huge. We’ve recruited a few people who are Chinese over here to help us before we go over there. They say that’s one of our strengths.”

Wilson says being involved in The Next Unicorn is a great opportunity because the Asian market is bigger than the European and US markets combined.

“If we can find ourselves a nice niche over there, that will be incredible,” she says.

“We’ve given our pitch a complete overhaul while keeping it obviously true to our vision. But it’s very tailored to the Asian market, its problems and how we would tap into that. There’ll be a lot of practicing going on for sure.”

Stashd currently has users in 94 countries, with more than half a million items available, up from 100,000 in August last year.

Users of the shopping app swipe left on a piece of clothing or accessory to “trash” it or swipe right to “stash” it and review it later.

The app takes a small commission of around 8% for every item sold this way.

Wilson says Stashd is on track to hit close to 1 million items for sale on the platform in the next four months.

Filming for The Next Unicorn begins on January 3.