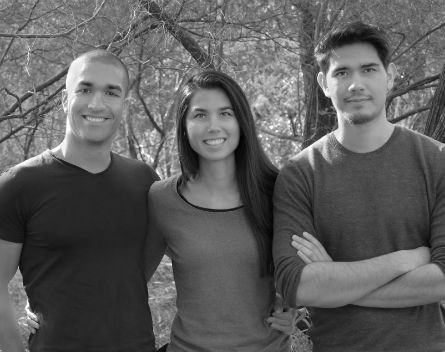 Ever thought of leaving Australia behind and moving to another country?

That’s exactly what Andre Joachim did with his co-founder and wife, Maya Joachim. The pair sold their house in Sydney in August this year, and moved to Poland, to self-fund FarmerFinder – a startup aimed at connecting people with food and agricultural products while at the same time empowering farmers.

Maya’s brother Mark Santoso joined them and eventually the three co-founders set up shop in Krakow.

Andre Joachim told StartupSmart moving to Europe was a decision that was made with the startup’s best interests at heart.

“We all have EU passports [through ancestry] and Maya and I really liked living in Europe,” he says.

“The original plan was to move to Berlin. But finding an apartment long-term was very difficult. It’s 30% cheaper in Krakow.”

Joachim says reducing the startup’s overheads was always top of mind, particularly because it is self-funded. And while he says the startup scene is a lot stronger in Berlin, the move to Poland has worked out quite well.

“Google have an office here and a lot of international companies have a presence in Krakow. There are events on every week, everybody speaks English – it’s a beautiful city.”

Joachim and his wife were originally going to set up a coffee roasting business in Sydney. However, after meeting farmers overseas to build working relationships and business connections, they realised it was hard to find farmers and buy from them directly.

“All farmers have this problem,” Joachim says.

“The truth is not all things grow in all places. If you want mangoes in Victoria they come from Queensland. And the economics don’t always work unless you can scale it down. Vanilla beans grow in Madagascar or saffron in Iran. These countries always provide unique kinds of produce.”

While many Aussie startups set up shop overseas in order to scale and tap into international talent, convincing himself and family members that it was a good idea wasn’t always easy.

“Most people have great opportunities but they tend to put self-imposed limitations [on themselves]. We had to change our way of thinking to not be scared. A lot of people think we’re crazy – but I didn’t listen to them.”

Joachim says he and his co-founders haven’t committed to staying in a single place overseas – or ruled out returning to Sydney.

“Basically we have a ‘free and flexible’ mindset that means we will do whatever is best for FarmerFinder to succeed.”

He says and his co-founders might also go to India to set up a temporary office, or eventually go to Berlin or San Francisco to seek investment. He says this ties in with the need to “get more done with less” and also complements the startup’s ultimate vision.

“Why just help Australian farmers? They all have the same problem. In every single country farmers are doing it tough. We allow them to bypass the middle man, sell direct – there’s lots of benefits.”

FarmerFinder is in a beta testing phase, with a launch date planned for early 2015.