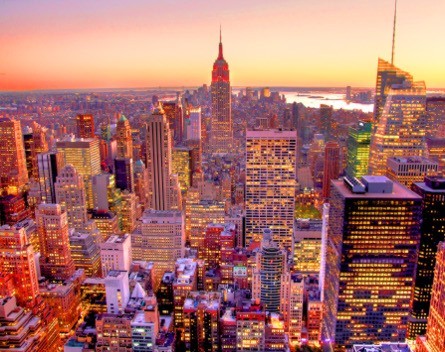 Like most entrepreneurs, Josiah Humphrey and Mark McDonald, both 22, are planning world domination, starting with a move to New York as the first international outpost of their start-up and app development empire.

Their company Appster was launched in January 2013 and employs over 150 people, including 65 developers in its Indian office.

Humphrey will head to New York to set up the office within the month. McDonald will join him later this year, when they plan to also launch a Silicon Valley office.

“We want to find a strong start-up scene that needs an execution partner,” Humphrey told StartupSmart.

Rather than tapping into markets with fewer developers, they chose two cities with well-developed tech and start-up ecosystems.

“We don’t see app developers as competition. We’re more about facilitating the entrepreneur through the whole process, from product strategy to app deployment.”

Appster has used virtual offices before, but the co-founders realised the power of the human connection in problem-solving and collaborating.

It’ll soon be three offices launched and 39 to go if Humphrey and McDonald – who were named in StartupSmart’s Future Makers list of young entrepreneurs to watch last year – are to reach their goal of 42 offices in the next three to four years.

“The 42 offices plan keeps us focused on our bigger vision. The international offices will work as a filtering and searching system to find the best ideas to help develop,” Humphrey says.

He adds their biggest challenge will be finding the right people. They’ve hired 150 so far, will be hiring another 36 before April and are hoping to add over 900 developers to their Indian office by the end of the year.

“It’s easier to poach people from the big guys like Google and Facebook now we have the track record and a clear vision.”

Another reason for expanding to the United States first is Appster will need to raise capital in the coming year to reach its ambitious goals. The company has been bootstrapped so far.

“We’re going to raise once we get over there, because we’re going to have to expand fast. It’s a lot better for us to be over there as there is more finance and more disruptive projects to partner with,” Humphrey says.