Why value beats volume when it comes to cashflow 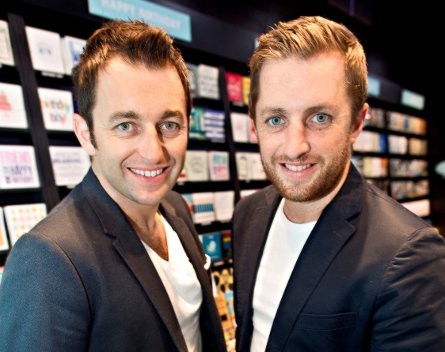 Unless your start-up has the funds to maintain a growth spurt, you could find you’ve bitten off more than you can chew. Kieron and Christian Barton know all too well what this is like.

The Barton brothers, who founded Chilli Marketing, are responsible for bringing the popular Swedish cider brand Rekorderlig to Australia two years ago.

The Bartons created Chilli Marketing in the United Kingdom before moving to Sydney in 2007. The boutique marketing company focuses on lifestyle and consumer products.

Not surprisingly, Rekorderlig is one of its ‘hero’ brands. After two years, Rekorderlig holds a 16% share of the packaged cider category.

“We’ve worked hard over several years developing premium international brands. It is exciting to see a loyal customer following, and a strong repeat in sales in the UK and now in Australia too,” Kieron says.

“Rekorderlig Cider has achieved incredible success in Europe and Australia, and we believe it has the potential to be a world-class brand. We have exciting plans for 2013.”

Chilli Marketing, meanwhile, has transformed into a multimillion dollar company, with more than 50 staff in sales and marketing alone.

However, the business hasn’t always been in such a strong position. Like many new companies, cashflow was a major issue in the early days.

“Like all self-funded, owner-managed businesses in its infancy, cashflow was a challenge to growth,” Kieron says.

“Our blind ambition resulted in us chasing volume sales rather than value sales, so overtrading and also overinvesting in marketing became a real issue for us.

“Whenever an under-resourced company chases volume, whilst at the same time over-commits on overheads – in our case brand promotions, marketing etc. – the cashflow eventually dries up… which is exactly what happened to us.”

The company had to think on its feet in order to stay afloat, says Kieron.

“We were fortunate in that we had a great product, a solid business plan, together with a determined and committed management team,” he says.

“In order to address our problem, we refinanced the business with an alternative bank who better understood – and, more importantly, believed in – our vision.

“This allowed us to restructure our supplier payments whilst also improve our inflow of cash via factoring of our debtors.”

What did Chilli Marketing learn? Cash is king.

“We also learned that, whilst sales growth is important, it is far more important that such growth is sustainable. This is best achieved via careful control of your margins,” Kieron says.

“It was a tough lesson at the school of hard knocks but in retrospect was probably one of the most valuable things that ever happened to us.”

The first outlet has opened at a shopping centre in Sydney, with plans to expand the stores and develop online sales. The Card Shop is expected to at least double its turnover this year.