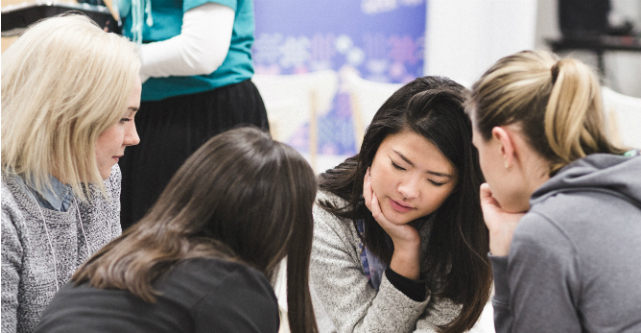 Melbourne’s Girl Geek Academy has wrapped up one of its most successful SheHacks events yet with honorary guests including Victoria’s innovation minister Philip Dalidakis and his two young daughters.

Dalidakis says the event helped show his daughters the various possibilities that the tech industry offers in an inclusive environment.

“The fact that it was an all-female hackathon was something that inspired me to take my girls along to see both role models and the opportunity in the industry,” Dalidakis tells StartupSmart.

“It was quite humbling to be in the audience.”

Really proud to support @GirlGeekAcademy #SheHacks pitch. Gr8 leadership & focus on diversity which is why I brought my daughters along.

In addition to formulating new startup ideas and vying for a $1000 cash prize, guests were treated to goodies like 3D-printed cookie cutters and SheHacks branded scarves.

Girl Geek Academy partnered with the likes of LaunchVic, That Startup Show, Microsoft and General Assembly, where the event was held, to bring SheHacks to life.

“We’re hoping that we’ve created a network of women who have the capacity to form more companies with each other,” Moran tells StartupSmart.

“The minister’s two girls and I had a tea party at the back to learn about 3D-printing. We asked them, ‘have you been to a hackathon before?’ and they said, ‘we thought hackathons were where you hack into computers’.

“Having them there was so lovely.”

The winner idea was Hackolades, a platform where users can present their coding creation and receive accolades.

Dalidakis says this concept and the event in general helped him to understand the various barriers that women face in the tech industry.

“This is why SheHacks is so important,” he says.

“As a guy and a non-coder I didn’t necessarily understand the important of Hackolades, but listening to the women present made me aware there is a serious issue for women in the coding industry around feeling included and confident to share code, and in searching for feedback and advice in a way that’s positive and encouraging.”

Moran says that more than 80% of the guests at SheHacks had never been to a startup hackathon before.

“We had a number of young people in the room,” she says.

“We’re definitely seeing an increase in the number of women who want to use SheHacks in their first try.”

Dalidakis says he wants to continue to use his role as innovation minister to drive “non-negotiables” on cultural and gender diversity, with all-women tech events like this playing an important role.

“They’re part of a growing community and our job is to make sure we continually grow the amount of women participating in the sector,” he says.

“They can achieve everything as much or even more than men.”