Why we could be a $1 billion company: Innovyz start-up Bluedot 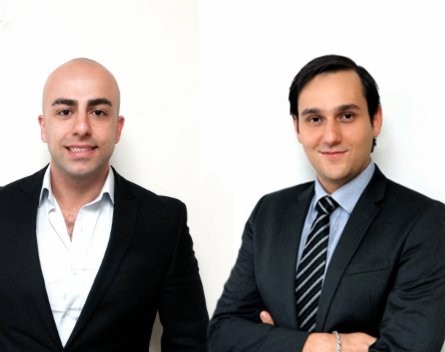 Adelaide start-up Bluedot Innovation is looking to raise at least $450,000 from a mix of investors, after the head of the ANZ Innovyz START program said the enterprise had the potential to become a $1 billion company.

Bluedot, founded by Filip Eldic and Emil Davityan, allows businesses and consumers to interact via instant, customised and high-precision location-based services and payments.

It was one of 10 start-ups that pitched for funding at a recent ANZ Innovyz START event, attended by a range of investors including a contingent from China.

ANZ Innovyz START is an accelerator program, which helps develop successful tech enterprises with potentially breakthrough ideas that are ready for accelerated growth.

In addition to monetary support, start-ups receive mentoring to help them commercialise their ideas and expand overseas.

It’s been reported the Chinese investors who attended the event have shortlisted three start-ups for funding. Those start-ups are Bluedot, Agent Anything and Singa.

Agent Anything, which first launched in New York in 2010, lets people and companies post small jobs, tasks and errands to a student workforce, thus making it more affordable.

Singa, which, like Bluedot, is based in Adelaide, is a social network platform for both web and mobile devices that enables users to sing karaoke live with online friends.

It’s understood the investors will analyse these start-ups before deciding if they want to make any investments.

According to Dr Jana Matthews, managing director of ANZ Innovyz START, Bluedot has the potential to become a $1 billion company.

“We believe our technology can enable a new generation of location-based commerce, which was previously impossible due to limitations in the technology,” he says.

“Our focus is licensing to major companies in the mobile and payments sectors in order to add value to their existing products and services.”

“We believe this business model, the inherent value of the technology and the large potential size of the market underpinned Ms Matthews’ comments.”

Davityan says Bluedot is hoping to raise a minimum of $450,000 from a mix of local and international investors, including investors from China, the United States and other countries.

“We’ve looking to close investment in a matter of months – in the space of two to three months – but we see investment as an ongoing process though,” he says.

Despite the interest from overseas investors, Davityan insists Bluedot has no plans to relocate outside of Australia.

“We plan on being an Australia-based company. We really see value in adding to the entrepreneurial community here,” he says.

“Naturally, given the nature of the business, it’s very mobile anyway. It’s very easy to do business and to conduct meetings [elsewhere].”

Both Davityan and Eldic believe Adelaide is the ideal testing ground for a new idea.

“It provides a lot of benefit because you really feel this sort of cocoon environment where you really get that accelerator feel from the program,” Eldic says.

According to Yuan, the Chinese investors invited to the Innovyz event have the capacity to invest millions of dollars into each start-up.

“They could start by first investing about half a million dollars in each company,” Yuan told The Australian.

“It is a small investment for them… They’re being very cautious because it’s the first time they’re investing in start-ups. But the promise of returns seems to be pretty good.”