Why we kept our startup in Australia 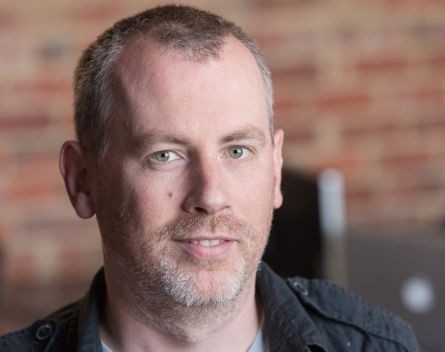 Matt Milosavljevic, my co-founder, and I started BugHerd more than four years ago. In startup terms, we’re not a successful company yet and we’re certainly no unicorn. But we’re still alive, and we still have a dream we want to deliver.

It’s been a hard road, and I have to honestly say, we would never have lasted this long if we weren’t still based here in Melbourne. If you subscribe to the notion of “Fail Fast”, then perhaps that’s a bad thing. But for us, the decision to stay here in Australia was the best decision we ever made.

In the first six months of 2011, we were flying back and forth to the US quite a bit. Whilst we had some good interest from investors in the US, we generally found that they were lukewarm about a little Aussie company like ours. We did get some interest but, for the most part, they were more interested in whether we were moving to the US or not. The exception really was 500 Startups. They seemed to have a far more global view than most investors, particular in 2011. Other than that, there was just a lot of jet lag for not much return.

For us, 500 Startups honestly was fantastic. I can’t speak highly enough of the impact that the people and teams we met there had on us. We’ve made many friends that we still keep in touch with four years later. Unfortunately, outside of the program we didn’t have such a great time. Matt was stuck in the outer suburbs of San Jose, miles from Mountain View with no transport other than the Caltrain or a bus and I was thousands of miles away from my wife and two kids. To be honest, it wasn’t a great time for either of us.

Once 500 Startups had wound up, I headed back home to spend some time with my new born daughter. I also hoped to close some deals in Australia, while Matt stayed on in the US to try and do the same there. He had a half dozen angels that were keen to invest and I had a Melbourne VC that was equally keen to get on board. In the end, it could have gone either way. We had to ask ourselves: “Do we take the US money, pack our things and move to America, or do we take the Aussie dollars and stay a startup in Australia?” It was a tough call to make.

Ultimately we decided that the one of the most critical factors for BugHerd to be a successful company was to have founders who were happy, engaged and passionate about growing a great company. Being in the US didn’t immediately appear to add anything to that. For us to go there we would have had to have some pretty amazing opportunities that weren’t available here. Beyond raising money, there just weren’t any obvious benefits to moving.

So the next thing for us to evaluate were the investors, and what we felt they brought to the table.

We met a lot of great people in the U-amazing investors, founders and teams. One thing, however, that was abundantly clear to us was that Aussies work a little differently to our friends in the US. There’s a bunch of generalisations here, but this was just based on our experiences and, right or wrong, contributed to our decision.

Most of the investors we spoke to were adamant that it simply was not possible to grow a big company in Australia. They all wanted to know how soon we’d be moving over. I agree that in a place like Silicon Valley, the opportunities for serendipitous events are far greater than here. I can also see how the availability of funds is so much greater. But I don’t think there are inherently better devs or designers there, and team and execution is ultimately where success is found. Once you have investment, it really doesn’t matter where your team is based, it only matters that they’re building great products. I can understand why an investor wants to be in close proximity to their portfolio, but that’s a different argument than whether you can or can’t build a company outside of the Valley.

There was another thing in the US that bothered both of us: you have to talk a lot of bullshit there. No matter what your company looks like, you have to talk as if it’s the next Facebook. You have to pretend you’re a unicorn even when you know you’re not. I never once met a founder who when asked: “how are things going?” went on to give me an honest answer. According to them, everyone is killing it, smashing it and blowing shit up. You have to be moving fast and break things. It’s all a million miles an hour and to hell with the consequences. There’s no room for words like “considered”, “mindful” or “deliberation”. You move now, or GTFO. It’s as if everything and everyone is in a Hollywood production. The facade may look like a million dollars, but it could be held together with duct tape. That’s great until things go wrong – then the whole thing implodes. And for the vast majority of startup founders, that’s exactly how things end.

The system works because the folks providing the money are putting money behind a whole range of companies with the intent of reducing risk and maximising returns. But you, as a founder, don’t get that luxury. You get maybe only a few chances to make a great company. If you’re aiming for a one in a million outcome and you get three shots…well… you do the math. In the US, that appears to be a perfectly acceptable way to reach success – it’s literally all or nothing.

Personally, I believe it’s unhealthy for founders to operate in those conditions. It’s ok in short periods, but in the longterm it’s a road to personal ruin. Once you realise that your own health and happiness (and that of your family) is more important than everything else, you start to see that different people measure success differently. As founders, we just didn’t gel with the “success at all costs” mentality that we found in the Valley. We’re not all unicorns pooping rainbows on a rocket to the moon, and nor should we be.

Fortunately, in Australia it’s perfectly acceptable to build a strong profitable business that just keeps growing year on year. We don’t have unicorns here. There’s no Facebook, Snapchat or Instagram, but then there’s also no Color, Secret or Pets.com here either. Australian founders, and the investors that fund them, seem to be more interested in growing big profitable businesses than they are growing what amounts to “get rich quick” schemes. Perhaps we’re a more laid back culture that is more inclined to take our time to grow success than we are to try and generate it overnight. Perhaps the gap between the rich and poor is smaller here and therefore success isn’t quite as binary as it is in the United States. Or perhaps, as a nation, we just don’t idolise the successful but are more inclined to view their wealth with cynicism rather than vicarious optimism.

In any case, the entrepreneurial drive is strong here, but it’s definitely a different beast than in the US.

This binary model for success results in an intensity in American founders that, for the most part, is missing from Australian founders. While the typical US founder will burn the candle at both ends for as long as humanly possible (and then some more), the typical Aussie founder values things outside of work too much to work 100 hour weeks. It’s not that we’re lazy but we realise that there’s a limit to how much work you can do in a week and still be happy and productive.

It could also be that the typical startup founder in Silicon Valley is far more likely to be in their early 20s (25%) than the average Australian founder (only 6%). We tend not to start companies straight out of school, but tend to start companies with five or six years experience under our belts. Perhaps by then we’re more likely to married and have kids, or maybe we’re just more likely to be in the habit of doing the 9-5. Maybe as a result we’re just a little bit more risk averse. Maybe we start businesses to make change, rather than chasing success. Maybe we’ve seen more of the world and know more about what we want our lives to be.

The Valley, during the short time I was there, appeared to be a bunch of incredibly talented people either working or partying themselves to death.

I think, in hindsight, we’re just not the kind of founders who wanted meteoric success above all else. We want to solve a problem that we’re passionate about and if that happens to be in a market that means we’ll never be billionaires, well, so be it. But we also know that comes at a cost. It makes us un-investable to a lot of US VCs. We don’t dream big enough and we don’t burn fast enough, but we’re ok with that.

The bottom line for us, and for any founder, is knowing what your want your life to be like. BugHerd (and now Macropod) are certainly not lifestyle businesses. As I’ve said many times to many people, if this is a lifestyle business, it’s the worst lifestyle anyone ever had. If in four years time we eventually see an exit that secures our families’ future, that’s fantastic. But, if all we end up with is a hugely successful business that employees dozens (or hundreds) of people that love to come to work each day, well, I’ll be ok with that too.

And that, in a nutshell, is why we stayed in Australia.