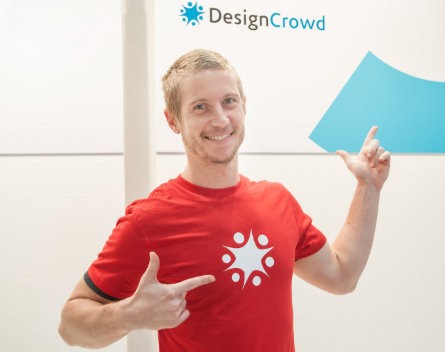 Coming up with a brilliant idea is the first key step to becoming a successful entrepreneur. But unless you execute that idea in a timely fashion, others could beat you to the finish line.

This was the challenged faced by Alec Lynch when he founded DesignCrowd, an online marketplace providing logo, website, print and graphic services via a worldwide network of freelance graphic designers.

According to DesignCrowd, the top crowdsourcing countries are the United States, the United Kingdom and Australia.

However, the company is also seeing strong growth from the likes of Brazil, Singapore and Germany.

Designer demand for crowdsourcing has doubled in the last 12 months, with 100,000 registered designers now on DesignCrowd.

But as Lynch explains, the company almost didn’t make it past the starting block.

“The biggest mistake I made when I was starting DesignCrowd was not starting sooner. I first had the idea in 2006 but at some level I assumed I was the only one with the idea. I was wrong,” Lynch told StartupSmart.

“After getting my co-founder (Adam Arbolino – a friend from uni) to build a prototype, I sat on the idea for six months while I worked in management consulting at Booz & Co before quitting my job and starting to work fulltime on the business in 2007.”

“Within four months of quietly launching DesignCrowd out of the garage in January 2008, two competitors had started and both were better resourced.”

“One had three staff and the other had $3 million in funding while I had $10,000 in savings and three credit cards.”

“The reality was, while I was working on my business idea trying to perfect it, other entrepreneurs were working on the same idea.”

What did Lynch learn from this? Entrepreneurship requires speed.

“Moving too slowly meant that our competitors, initially, grew more quickly. They raised money more quickly, and they were able to hire staff and grow in key markets like the US,” he says.

“One of the solutions to this challenge was raising capital. In 2009, I raised $300,000 from three angel investors, which helped us get our first office and employee, and grow the business 14-fold in two years.”

“Since then, we’ve grown from three staff to 20 staff, acquired two US websites, launched in the UK, Canada and Asia, and more than tripled the business.”

Lynch believes the business is better off as a result of his early experience.

“My early experience taught me the importance of speed and the value of capital, which helps you move more quickly. It also trained us, perhaps most importantly, to do more with less. It forced us to develop a better product and make every marketing dollar count,” he says.

“For example, we’ve been able to grow in the US, which has become our biggest source of sales, without having any staff there.

“We’re now approaching $10 million in projects and the US accounts for about 40% of our business. We’re now planning to open an office in the US this year and make our first hire there.”

“Whatever we do, we’re going to move quickly.”