Winning in the West: A 48-hour tour of the Perth startup ecosystem 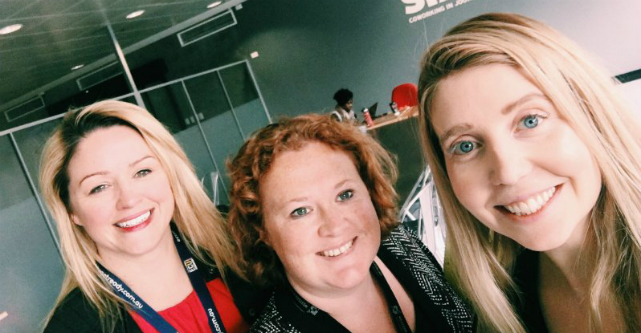 The last time I was in Perth was in 2012. It didn’t feel like it was that long, but the woman checking me in at the hotel told me.

Turns out I’d unintentionally chosen the same hotel I stayed in four years ago. Luckily for me, it has changed hands and gotten a much needed sprucing.

Perth is the last major city on my Startup Muster 2016 roadshow. It’s been an amazing adventure full of excitement, awesome people, new cities and towns, UBER rides and airplane flights.

My first stop in Atomic Sky and I’m greeted with a huge smile from Andy Lamb. Andy and I started chatting earlier in the year when I asked him for his feedback on Startup Muster 2015. We instantly hit it off, but the bonds were forged when we realised we shared a close mutual friend Lauren Trlin.

Hear the words ‘Western Australia’ and you think mining, but Andy thinks differently, he’s see a big opportunity for startups in WA. Tech Hub is very proud to host Atomic Sky’s Fusion Founder Program and as a co-working space has a focus on fintech and data-driven high growth businesses.

Atomic Sky and Tech Hub are located in Northbridge, and it just so happens that so is Happy Hubbub, the first female focused co-working space with on-site short daycare. I’m hearing murmurs of more and more moving just outside the CBD to this funky neighbourhood.

Needless to say I travel back into the city to meet up with Brodie McCulloch from Spacecubed and FLUX, Startup WA and everything Perth startup-related.

Brodie shows me around FLUX, the latest co-working space to join the St Georges Terrace strip. It takes up multiple levels of a Perth skyrise, but my favourite is the large event space in the basement. Its official launch was last weekend during GovHack. As a frequent GovHack participant, organiser and admirer I can tell that space is going to be amazing.

Chatting with Brodie and later in the day with Zane Prickett from Startup WA and Unearthed, it’s more of a ‘thank you for being so awesome and supporting us’ and ‘hi, so this is what we look like in real life’ type chat. They know Startup Muster, they get it it, they’ve been supporters for ages.

While I was flying from Adelaide to Perth that morning I missed out on the ultimate Perth startup meetup, Morning Startup. As a morning person, I’d love to have a meetup where I get coffee and fruit, rather than beer and pizza. Yes, I know I’m the outlier.

I catch up with Dave Newman and Robbie Nolan at Spacecubed to find out more about how they manage to get the Perth startup community out of bed so early every two weeks.

While I’m waiting for Dave and Robbie in the Spacecubed entry I put a shout-out on LMBDW to see if any Perth based female founders are in Spacecubed. Turns out there is and she comes and sits down with me for a chat. She’s excited, her medtech startup has just been accepted into the Founders Institute!

Back to Dave and Robbie. When speaking about their 2136 strong Meetup group, they stress that it’s all about the speaker and the speaker wanting to give back to the community.

That morning I missed Dr. Kate Raynes-Goldie, entrepreneur and game designer, talk about the gaming world and how gender dynamics have changed since the 80s. This moves our general conversation into a more gender specific discussion and I’m eager to hear about a male’s perspective on the female founder ecosystem in Perth.

Like in many places it leaves something to be desired.

Who better to continue the discussion in diversity with than Conrad Leveris, the go to person on diversity. Conrad is a menagerie of awesomeness. He loves data, is insightful about diversity and how the lack therefore can be destructive for large scale businesses, is addicted to lollies and knows exactly where to go for coffee in Perth. We chat for hours, literally hours about everything and anything.

Days have gone by and I’m still reflecting on that discussion. Check out his Twitter if you want to know what I’m going on about.

Across multiple discussions, had over the course of my stay, education and building awareness of startups in the general population is a goal of those in the local startup community.

It’s nearing the end of my trip, but I’ve got one last stop – Joondalup, more specifically Edith Cowan University. I’m catching up with Vicki Hodgson, Innovation Development Advisor at ECU. We met a couple of weeks ago at iAccelerate and since then I’ve been eager to have a deeper conversation.

In one and a half hours she managed to tell me all about ECU, taken me to The Link, which they’ve developed in collaboration with the City of Joondalup, sat me down for lunch with Watermark Intellectual Property Lawyers, shown me the Sixty27 coworking space and told me all about herself. An amazing woman in so many ways.

I’m back in Sydney and it’s the weekend. As I lie on the floor of my study for what feels like the entire next day, completely exhausted from the amazing month I’ve just experienced, I can’t help but be in awe of all the phenomenal people in the Australian startup ecosystem.

I think about all the places I haven’t yet been to Hobart, Launceston, Bega, Geelong, Toowoomba, Tamworth, Albury – an endless list as startup ecosystems keep sprouting up everywhere.

This piece was first published on LinkedIn.