Without US support, multinational tax crackdowns will fail 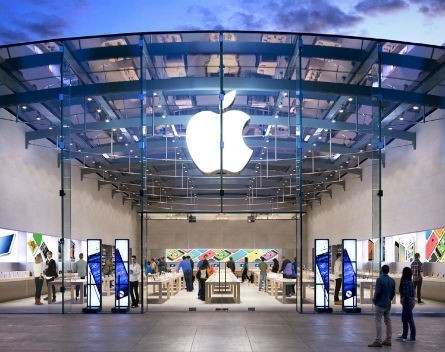 It’s no secret that companies including Apple, Google, Amazon, Uber, Airbnb and Ikea seem to pay less than their fair share of tax in Australia. Despite booking huge revenues from sales to Australian customers they are able to reduce their profits in this country by shifting profits to tax havens such as Ireland, the Netherlands, Luxembourg and the Cayman Islands, to name a few.

Apple, for instance, transfers its intellectual property rights for all markets outside the Americas to a subsidiary in Ireland through a cost sharing agreement. The agreement allows Apple to circumvent the US transfer pricing rules. All international sales outside the Americas are routed through Ireland where Apple negotiated a 2.5% tax rate.

Appple further reduces its tax liability by exploiting the different rules regarding tax resident status in Ireland. This enabled it to have an entity with no declared tax jurisdiction that booked over US$30 billion in profits between 2009 and 2012.

Most countries, including Australia, currently rely on transfer pricing rules based on arm’s length principles to prevent transfer pricing abuse between wholly owned subsidiaries. This allows tax authorities to vary transactions to what it would be if the two entities involved were separately owned and transacting in a transparent market.

This approach is realistic when there is a market for the products or services, such as with commodities, but is unsuitable for the transfer of intellectual property rights or online sales and services, as there is no market or acceptable technique for valuing them. Samsung and Apple have fought many legal battles over the level of licensing fees they charge each other for the use of each other’s intellectual property.

Australia, like many other countries, has finally woken up to this problem.

Many of the companies involved are being investigated by the Australian Taxation Office and will be the subject of a Senate inquiry starting next month. However, practical solutions to the problem are not obvious.

One solution, in which Joe Hockey showed some interest, is the UK Diverted Profits Tax, or “Google tax”, the details of which were announced late last year. Essentially it is a 25% tax on company profit that is designated (by the tax authority) to have been “inappropriately” shifted out of the UK to a tax haven. In fact the 25% rate is higher than the UK statutory corporate tax rate and has the objective of deterring companies from shifting profits to lower-tax jurisdictions.

Unfortunately, that may be all the “Google tax” will accomplish. Many agree that the subjective nature of determining the amount of profit transferred out “inappropriately” will create more court cases than results.

Another problem is that many of the multinational tech companies sell services online and record revenues via a registered entity in a tax haven. The UK government has no jurisdiction over these transactions. Hence it is unclear how the UK will tax entities registered in a foreign jurisdiction. The UK “Google tax” may also lead to double taxation of some profits.

Another approach, which has the support of Labor MP Andrew Leigh and is theoretically less judgement-based, is an agreement between all governments on a set of rules by which multinationals record revenues and transfer profits. This is known as formula apportionment. US states use it to apportion profits from corporations that operate across state boundaries.

This system was adopted to prevent companies setting up headquarters in a low-tax state but undertaking most of their business elsewhere. Having all the profits declared in a low-taxing state allowed those states to lower their taxes even further and reduce the overall tax revenues to all states.

There is an agreement on the total profits of the corporation and the proportion of business undertaken in each state. Each state then applies their tax rate to their portion of the profits. This approach also allowed the consolidation of profits of corporations and their subsidiaries, and simplified the system of accounting for state taxes.

International corporate taxation faces the same issues that existed between the US states before this system was introduced. However, there are substantial problems with introducing it on an international scale.

Firstly, the US states were all operating under the same accounting rules, similar tax rules and a common set of judicial doctrines. This allowed for common definitions of income, deductions and profits. While most countries have adopted the International Financial Reporting Standards, each country has customised them to their own situation.

Secondly, the political will to introduce the system within the US was assisted by a strong federal government commitment to overcome the objections from those low-taxing states that would lose their tax base. The third difficulty is that there is no international body with the jurisdiction to enforce this system.

There are estimates that over two-thirds of world trade are currently routed, on paper, through tax havens, and this will still exist. However, there have been examples of similar co-operation between countries on other issues and it may be possible to get such an agreement.

Unfortunately, the US has so far resisted attempts to prevent its corporations from aggressively reducing their foreign taxes as many in the US believe this strengthens these corporations and leads to better economic outcomes for the US itself. Without US involvement this approach will fail.