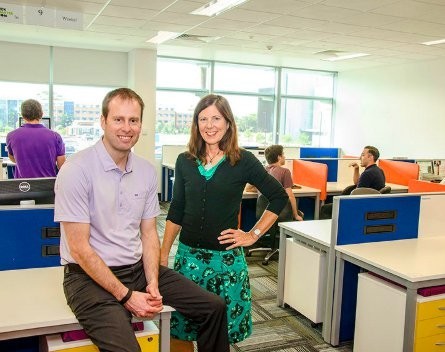 Wollongong is touting itself as a cheap and better lifestyle alternative for startups, through the Wollongong-based (UOW) business incubator iAccelerate.

iAccelerate CEO Elizabeth Eastland says the attraction to the region is not just about cost-savings, but the local beauty and easier pace of lifestyle.

“We know that barriers for startups to stay in Australia include costs like rent and parking or transport, which can be very high in capital cities, commercial rent is less than half of that in Sydney,” Eastland says. “The message that we want to get across to entrepreneurs is to stay local, but think global.”

iAccelerate, which has worked with early stage startups by providing them space and mentorship, has just announced an additional iAccelerate Advanced program, which is aimed at entrepreneurs who have launched a product and have customers.

Eastland was inspired to set up iAccelerate when she came across the program in Canada a few years ago and sought to emulate it here, finding that a lot of people did not necessarily want to leave the region to pursue opportunities.

She notes that UOW has had the highest number of ICT graduates in the country.

The program, which has 70 desks available, is currently housed at Innovation Campus, but will be moving across the road to a purpose-built building with room for 200-220 desks by 2016.

Eastland says the pitfalls commonly experienced by startups are eliminated through a range of initiatives including a pitching program, one-to-one mentoring and training in key knowledge areas.

The two programs offered through iAccelerate – startup and advanced – provide for up to three years’ residency at the incubator during which entrepreneurs will have their progress tracked against actions and developmental milestones that are pre-agreed to provide a clear roadmap to achieve rapid growth.

Eastland says they already have two companies using the space and they were hoping for five.

Dynamic, small teams with a good idea they want to make global can apply for both programs by June 3.