Wowed by Wagga: A visit to the leading regional startup hub 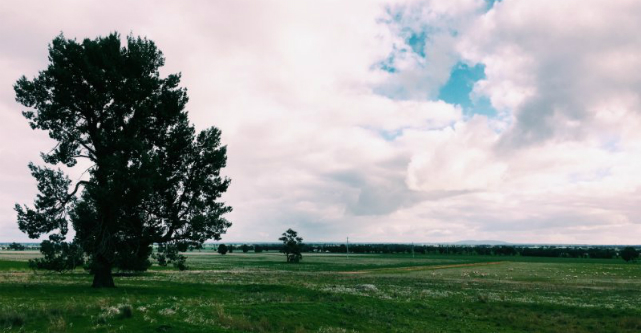 As a city kid growing up I thought of Wagga Wagga as one of those far off places in NSW.

These days Wagga’s getting a lot of attention for it’s flourishing startup ecosystem and focus on agritech.

I’d met Simone Elyse of 365cups and Coworking Space HQ only this year, but I’d known about her for much longer. She was the startup founder making it happen from Wagga Wagga and transforming it into a hub in regional NSW.

Through initiatives like Pitchfest I can see the region is well on its way to surpassing this goal.

I was thrilled to finally come to Wagga and experience the ecosystem for myself.

The first person I met on my arrival was Di Somerville, the director of RGTC Group and a pioneer for agritech, especially in Wagga where they have a social and economic interest in agriculture. She’s a founder of Pitchfest and an upcoming Agrihack, Australia’s first agriculture hackathon.

First stop is the first coworking space in Wagga, Coworking Space HQ. The space is warm, inviting, funky and has amazing internet.

Simone and I catch up, have a good laugh, but also get on to doing some work. I’m fielding calls about Startup Muster 2016, Australia’s largest survey of the startup ecosystem and Simone’s handling 365cups and a host of other projects.

Our discussions focus a lot on the regional and rural areas and how by embracing startups and technology can bring an entire economic and social shift to rural and regional areas.

After all Wagga is one example of an increasing sample of rural and regional startup nodes including Albury, Geelong, Toowoomba, Bega, Maroochydore and countless others.

Similar to what I noticed in Newcastle, Wagga Wagga sees a vertical that they have a competitive and natural advantage in – agritech.

Simone gives me a driving tour of Wagga and of the region around it. The focus on agriculture in this area is abundant, all I have to do is look outside my window.

The first stop is a local farmer, he’s a bit surprised to see us and doesn’t completely understand why I’m there, but we have a great time.

In the midst of paddock selfies and watching the cattle dog run after the car, I find out that Aussie farmers are big fans of Twitter and YouTube.

Whenever they’ve got a problem or need to fix something they’re just like the rest of us, they Google it. When they’ve got a good crop they’ll take snaps and upload them onto Twitter, which will inevitably lead to a tonne of likes and questions from other engaged farmers about what products they’e been using and what the conditions are like.

Before heading to Charles Sturt University to catch up with Tim Wess, the Dean of Science, we head to a local Brewery for a cup of tea.

I’m already amused I can get a cup of tea at a brewery, but I’m impressed when I see the Tesla charge station on the wall. The only one in Wagga and definitely an asset to the region, as there’s an increase in people choosing their travel destination based on whether they areas have charge stations.

At Charles Sturt University we travel across the campus and Tim explains the number of areas related to agriculture that the university excels in. As we toured their science buildings and spoke about research, IP and technology transfer we somehow end up at the on campus vineyard and wine cellar.

Yep, you heard me right, Charles Sturt University has it’s own vineyard and wine label. It was does preservatives and olives, yummy.

As I get home and open up that bottle I feel like I have seen so much but not enough of Wagga.

I’ll be keeping my eye on Wagga and the startups choosing to call it home.

My hope is that the startups and businesses that support startups, in other regional and rural areas of Australia take part in Startup Muster 2016, so that their presence, progress, challenges and opportunities are represented.