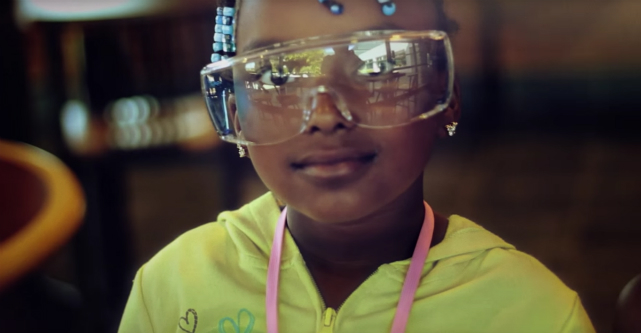 Twitter is the latest tech company to reveal figures showing women are still underrepresented in the information and communication technology (ICT) workforce.

Men make up 70% of the overall staff and women just 30%, according to a blog post by Janet Van Huysse, the company’s vice president for diversity and inclusion.

But within technical jobs at the social media giant only one in ten of employees are women, she also revealed.

Lately everyone seems to be talking about attracting women to ICT. Last year, Stanford University released the She++ documentary about recruiting women to study computing that was screened in 11 countries.

Google made a big splash last month with its new venture, Made with Code, aimed at inspiring girls to try coding.

Other ventures include TechGirls, Digital Divas and RoboGals.

Why the focus on girls and women?

Twitter isn’t the only ICT company in which women are vastly underrepresented.

Pinterest has also revealed that only 40% of its overall staff are women and that figure drops to just 21% of the technical workforce.

Google said in May that 30% of its overall workforce is female, although only 17% of its technical workforce. LinkedIn and Facebook have similar numbers.

Australia’s gender numbers look much the same. A 2013 survey by the Australian Computer Society found that women made up 28% of all ICT workers across a range of industries, and about 18% of the technical and professional workforce within the ICT industry itself.

The ICT sector is doing well, regardless of this gender imbalance. Technology is one of the primary drivers of the modern economy and a sector where productivity is rapidly increasing.

Salaries are good and rising. Job growth has remained consistent, despite the current economic crisis. But Europe projects a deficit of at least 700,000 skilled ICT workers by 2015, and the Australian Workforce and Productivity Agency projects shortfalls in most ICT occupations by 2025.

An ICT workforce without women is bad for women. Women will be left behind economically. Women will be shut out of some of the most influential positions in industry and government due to lack of relevant skills and experience. Women’s interests will not be adequately represented in the products and services produced by the ICT industry.

An ICT workforce without women is bad for the ICT industry and more broadly for the economy. If women do not enter the industry, it will be difficult to meet projected demand for ICT skills.

Perhaps more importantly, diversity is good for business. According to the US National Center for Women in Technology:

Groups with greater diversity solve complex problems better and faster than do homogenous groups, and the presence of women in a group is more likely to increase the collective intelligence of the group.

University enrolments in ICT tell a clear story: women are not choosing to study courses that lead (directly) to ICT careers. Completions of ICT degrees are down across the board, approximately 30% since 2003.

The relative proportion of women has decreased as well. Only 19% of ICT enrolments in Australia in 2013 were of women, down from 25% in 2001.

This then begs the question of why women aren’t studying ICT. The Victorian ICT Development Plan cites research that confirmed negative and stereotypical attitudes to ICT careers among high school students.

Is there a solution?

There are general programs aimed at stimulating interest in ICT among young people, such as the Digital Careers program and the National Computer Science School.

But such programs typically attract students who are already interested in technology, rather than providing a venue to discover a new interest. As a case in point, when I offered a term-long Computer Science Unplugged enrichment class at my daughter’s primary school, the students who signed up were all boys who were avid gamers (plus my daughter).

Career expos can go some way to highlighting career paths and identifying the tremendous opportunities available in technology, possibly also correcting misconceptions about the impact of off-shoring on ICT jobs. An early start is a great way to get girls interested in ICT. Flickr/Ed Ivanushkin, CC BY

So, if we can agree that we want more women in tech, how do we draw them in?
Here are my suggestions, based on my personal experience as a woman and a computer scientist.

We must engage girls in ICT long before tertiary education, preferably starting in primary school. While our young students gain basic computer literacy, the focus is too much on using computers, and not enough on innovating through them.

With visual programming tools such as MIT’s Scratch and Carnegie Mellon’s Alice (used in New Zealand’s Programming Challenge 4 girls), it’s easier than ever to jump right in to building things with code. Similarly fun, hands-on projects are available for other areas of ICT.

It’s not easy to aspire to be part of an industry where you can’t see yourself in the people already there. One of the more inspiring experiences of my career was attending the Grace Hopper Celebration of Women in Computing, simply because it was a convention centre full of females excited about technology. Who knew there were so many of us? We’ll be trying to do that here in Victoria next month, with the Go Girl, Go for IT event aimed at female high school students.

In an attempt to target ICT activities specifically at girls, it is important not to go overboard in making those activities too “girly”. US high school student Abby Wheat wrote eloquently:

Do people really think that the only way you will ever get a girl to write coding for innovative software is to stick a butterfly somewhere in there?

Google’s Made with Code has been criticised for starting with a project that creates jewellery with code.

Jewellery, pink and sparkles don’t appeal to all girls. More importantly, it reinforces the message that girls in ICT are outsiders and need their own special (separate) space to do ICT. Women should be drawn into the common space, not a pink-walled zone.

Now, about those stereotypes …

When young people think of ICT, they apparently imagine a nerdy hacker working in solitude in a dark room (or so my teenager tells me). This simply does not reflect the reality of the many collaborative and creative ICT workplaces.

There are many aspects of ICT that don’t use mathematics at all. Web programming and software engineering are much more about algorithms – a sequence of instructions that a computer must follow to solve a problem or to respond appropriately to a request.

Misconception #2: Programming is logical and sterile

Programming does require translating an idea into a logical breakdown of that idea that a computer can understand. In my experience the process of working out that logic often requires tremendous creativity. Solutions to problems are not always obvious, and there may be many different ways to solve the same problem.

As technology becomes more complex, diverse project teams must work together to design and build solutions. Teams might involve a user experience expert, a graphic designer, a database expert, a domain expert and programmers with various areas of focus.

Many of these suggestions apply equally to boys and girls. But girls do seem to be disproportionately disinterested in ICT.

Targeted action is needed to help girls find rewarding career paths in ICT, and to support them to stay on those paths. The effort will pay off in innovation benefiting us all.

Karin Verspoor is an Associate Professor at the Department of Computing and Information Systems, University of Melbourne.