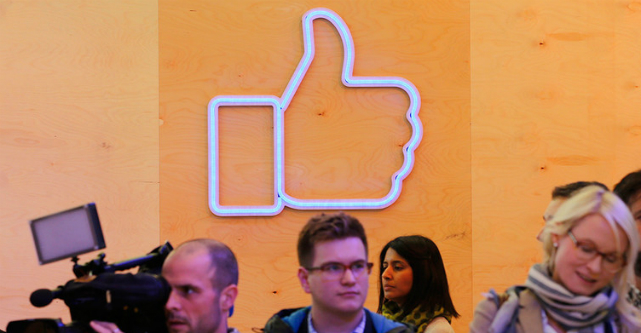 Social media giant Facebook has changed how videos are ordered in user’s news feeds in what is another addition to a long line of algorithm changes.

Businesses uploading videos to Facebook can expect to see longer videos pick up more views, while shorter videos may be not as popular.

These changes come off the back of a number of algorithm tweaks Facebook has made over the past year, the most notable being changes to bring family and friends’ posts up on users’ newsfeed over posts by businesses or other pages.

On its blog, Facebook detailed the new video changes, explaining how the network tracks the percentage of a video that gets watched by a user, watching only half a video would put the “percentage completion” at 50%.

The social network uses this statistic to judge how much users enjoy certain videos and places them on newsfeeds accordingly. However, Facebook notes longer videos are a “bigger commitment”, and acknowledged the percentage completion should be adjusted.

“As we continue to understand how our community consumes video, we’ve realized that we should therefore weight percent completion more heavily the longer a video is, to avoid penalizing longer videos,” the blog post reads.

However, Facebook assures the changes should have no significant impact on video distribution on pages, noting some shorter videos could see a “slight dip” in news feed distribution.

Social media expert and founder of Social Executive Dionne Lew told SmartCompany the changes were “not a surprise”.

“Businesses should anticipate them by asking what will make the social media platforms money. Right now that is keeping people there once they have them and balancing that with social obligations such as sharing verified not fake news.”

Lew believes businesses need an agile social media strategy which allows them to “surf the waves” across all different social media channels, such as Twitter and Instagram.

And while Lew believes video “has to be in the content mix”, a diverse offering will get people engaged with your business online. This includes long form writing, video and audio content, and “snackable” gifs and tweets, Lew says.

Last year social media expert Catriona Pollard told SmartCompany SMEs should have already been doing video-based marketing 18 months ago, no matter what the business is.

“Businesses need to know how their consumers are using social media, and video is so much more interactive than other mediums,” Pollard said.

“Many businesses think they don’t have anything to video, which is not the case. Every business is selling something, whether it’s knowledge, services, or time, and they need to look at how to present that to a consumer.”

Lew believes one of the best ways to get across to consumers is live video, as Facebook ranks it highly on the news feed.

“Live video is highly ranked which makes it easy to find in the new feed, and should be on the agenda in 2017,” she says.

“It’s also quick and easy to do, and people like the raw and real quality.”