We hear them all the time but what do startup buzzwords really mean? 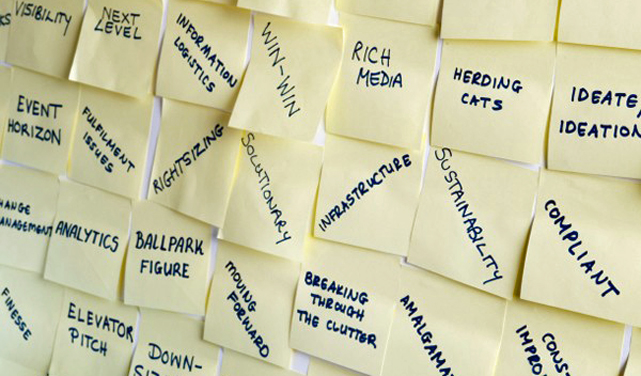 Love or loathe them, startup buzzwords are here to stay.

But before you appoint a “Chief Happiness Officer” and bandage the office with posters promoting “disruptive innovation” or “cross-pollination”, consider whether you and your team really know what these terms mean.

Given startups are usually short on cash, “growth hackers” are responsible for using more creative and less expensive measures, outside traditional forms of marketing, to acquire and retain clients.

So instead of distributing a bunch of flyers likely to be binned, a growth hacker might leverage existing partnerships as a way of connecting with potential clients.

A “unicorn” is another name for a company valued over $1 billion.

But if you think you’ve missed your chance at the title, don’t fret, most unicorns only rear their mythical heads after 10 to 15 years.

Learn more: How to build a unicorn.

Basically, IoT involves bringing new technology to life by connecting any hardware device with an on/off switch to the internet.

For example, you could put a hardware device on a Tim Tam packet to notify you when someone takes a biscuit out.

According to research from Gartner, it’s expected that 20.8 billion devices will be linked to the IoT by 2020.

This relates to an increase in Artificial Intelligence (AI) and Internet of Things (IoT) changing the way we work.

According to the recent Future Workforce Trends in NSW report, more than 50% of jobs in New South Wales are at risk of being computerised in the next 10 to 15 years.

In order to successfully navigate through this phase, more emphasis should be placed on creativity, knowledge and emotional intelligence.

Augmented reality went viral this year with the introduction of Pokémon Go.

AR allows people to view a real-word environment, which has been altered using computer-generated elements such as sound, video or graphics.

With the success of Pokémon Go, you can expect other brands to start experimenting with AR in 2017.

Identified by J.Walter Thomson Intelligence as one of the biggest buzzwords in 2017, “Silicon Soup” refers to the new tech landscape where companies are borrowing concepts from their competitors.

These ideas are often outside the borrowing company’s area of specialisation, causing a blurring of brands.