“I got the balance wrong”: The Footy Show’s James Brayshaw on the consequences of prioritising work over all else 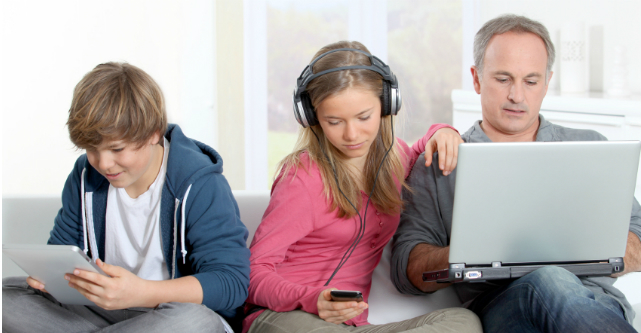 “I’ve got to get better at being a dad, and a partner, being around a bit more, not being stressed and knackered when I am,” he said.

“That’s the part of my life I’ve got horribly wrong for too long. That’s priority number one.”

These words were spoken this week by James Brayshaw, a television sports broadcaster who has parted ways with Channel Nine after eleven years as a co-host of The Footy Show.

News of his departure was met with speculation that negotiations splintered over money.

But it was time – not money – that created the impasse.

“None of this dispute had anything to do with money. The money was absolutely fine, right from the start,” he told Fairfax Media’s Greg Baum.

“I wanted to have some flexibility to do other things. Nine were clear they weren’t comfortable with that. I understood their position.

“I don’t leave with any bitterness or resentment. I have enormous regard for the place, great friends and great memories. I wished them well on departure, as they did me.”

The divorced father of four was frank about the consequences of routinely prioritising work above everything else.

“[A recent visit to my parents in Western Australia] was the first time I’d been to see them for two-and-a-half years,” he said.

“That’s just appalling. I have no doubt I got the balance wrong. In our business, you do run the risk of becoming a bit lost in yourself. I have, anyway.

“I’ve been guilty of letting what I do dictate the life I lead.

“I have the chance to do better.”

It comes less than a fortnight after New Zealand’s longstanding Prime Minister John Key announced his shock resignation to the country, explaining his role had taken a toll on his family.

“I don’t feel comfortable looking down the barrel of the camera and not being honest … On a family basis, I don’t think I could commit much longer than the next election,” Key said.

“It’s been a decade of a lot of long, lonely nights for [wife Bronagh Key] and it’s the right time for me to come home.”

It is no victory when anyone has to leave a job they love because it isn’t compatible with their life outside of work.

In a utopian world, working and having a family or leading a satisfying personal life, would never be mutually exclusive.

In the real world, the demands of some jobs render any semblance of balance impossible.

In the main, until very recently, it has been women who have walked away from their jobs after concluding something had to give.

The fact women constitute 71.6% of all part-time workers in Australia is indicative of the fact for lots of women, combining full time work with their responsibilities outside work is too difficult.

Women still undertake the vast majority of unpaid work in our society: cooking, cleaning, caring for children, caring for relatives, which means they have less time to commit to paid work.

It is the reason the notorious “Can women have it all” query has been so prolifically and forensically examined this decade and beyond. For too long the question hasn’t been asked of men.

For men, having a job and a family has simply been de rigueur. But while it might technically be possible, we are seeing more and more men start to ask “At what cost?”

There might have been a time when men were happy to work around the clock without regard to the impact it had on their family or their own wellbeing, indeed some may still do that, but perhaps that will become more rare.

While there is little to celebrate in Brayshaw or Key walking away from their respective jobs, there is something to celebrate in their reasons for leaving. And their honesty in giving them.

Is it too much to dream of a world in which men and women can both work and still have time to function as fulfilled, well individuals, engaged with their friends and families?