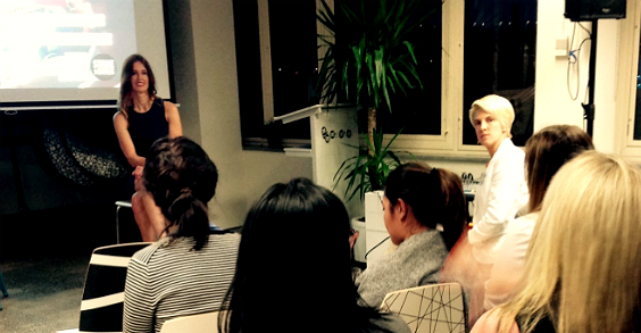 “Women-led startups are outperforming their male counterparts in the financial returns they’re getting for investors,” she tells StartupSmart.

“Because women founders are typically more conservative on how we spend money, we tend to run our business very leanly and very effectively.

“And this is staring to show in the financial performance of the companies that we’re leading.”

This month, Wallace’s venture is listing on the ASX, making it one of the first fintech companies led, owned and chaired by women to trade publicly.

Determined to be one of the first of many, Wallace is working to create a movement for women in fintech to connect, mentor and foster more female-founded companies in the sector.

She plans to do this by inspiring more women to take up tech roles in big financial companies and fintech startups.

She also wants to encourage female founders in other sectors to step into the fintech space and give it a shot.

“As one of the few female founders of fintech, this is very much in my interest,” she says.

This week, Wallace joined other leaders in the space to ignite this conversation at Spark Festival’s Women in Fintech event.

“We want to mentor and encourage women to step up and to want to found fintech companies,” Wallace says.

“Traditionally it has been a male dominated sector – financial services and technology.

“What we need to do now is start to profile women who are working in the sector and also to build on why it’s such a great career and opportunity.”

Wallace says women who have strived in sectors where the odds are against them develop a unique set of skills, strengths and attributes for entrepreneurship and leadership in innovation.

Think imaginatively and broadly about what ‘Women in Fintech’ really means; what can we achieve through this Meetup? pic.twitter.com/PyEKqPxBaC

“That just gives us good training and good stamina [so] we can do the 18 hour days,” she says.