What happens when Vogue Codes: “Indigenous women have been and are involved in bleeding edge technology” 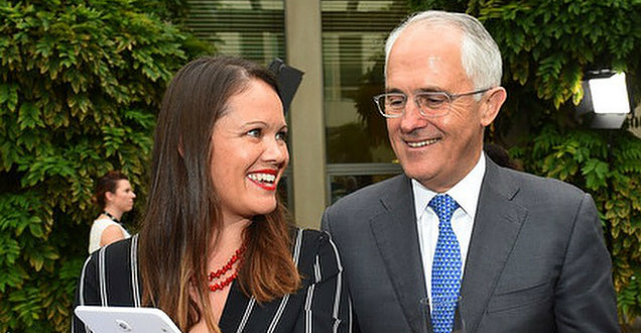 When InDigital founder Mikaela Jade received an invite to be a guest speaker for Vogue, she was a little surprised.

The tech entrepreneur, who is building a startup to preserve Indigenous culture, says Vogue was the most unlikeliest of places to hear from, particularly, on the issue of women and tech.

“I was in Uluru in the middle of a camping trip,” Jade tells StartupSmart.

“When you open an email and it says ‘Vogue wants to invite you to a panel’, it’s not somewhere I would have looked to for help.”

Always willing to try new things, Jade went along and soon found herself at one of the most exciting events yet for the tech community.

“Even though, they don’t seem to fit our business model or audience – fashion is not a thing that I’m into – I really saw throughout the day how fashion brands can lend themselves to all kind of causes including women in tech,” Jade says.

In addition to this, the wide range of people Vogue was able to bring together led to some powerful connections and conversations.

“The people they were able to put in that room was the best thing for me,” Jade says.

“That was a really incredible thing that Vogue did to draw on their brand power.”

On the day, Jade and other leaders like Annie Parker and Melanie Perkins discussed ideas, insights and experiences paving the way for a new revolution with girls and women in tech.

Why are Australian schools behind the eight ball on STEM?

Jade says one of the most striking points raised during the conference was on Australia’s education system and how much it lags behind nations like Finland and Israel.

“It was really interesting to hear how far behind Australia’s education system is in promoting girls into technology,” Jade says.

She notes that collaborative initiatives such as those run by Code Club Australia, which works with over 1000 schools now, can pave the way for change

“Being able to recognise that now and do something about it is really important,” she says.

Recently, tech philanthropist Melinda Gates also shared ideas on how tertiary-level educators in tech and computer science can play a transformative role in turning around the stats in the tech sector.

“Have a set of problems that women gravitate towards naturally,” Gates said.

“Make sure you’ve got adjunct, associate and real professors who are women teaching the class. Make sure you make the environment not the basement of some engineering building but it’s in the humanities building, its out in the auditorium, and that there’s role modelling going on.”

With women now predicted to cross over 17 different careers over a lifetime and technology to touch each one, Jade says, it’s critical that women are equipped for this.

“Women will be really behind the eight ball if they can’t participate,” says Jade.

What the startup sector can learn from Indigenous women in tech

During Vogue Codes, Jade found that people were surprised to hear that Indigenous women, like her, are so heavily vested in creating and driving new technology.

“We shouldn’t all be sitting in a city doing digital stuff” @jade_mikaela on running an Indigenous digital agency from Kakadu #VogueCodes pic.twitter.com/tIroCIODHf

“Indigenous women have been and are involved in bleeding edge technology and cutting edge businesses,” says Jade.

“We have achieved a gender balance in Indigenous technology.”

With a strong culture of support and collaboration, Jade says there is a lot for the broader startup and tech sector to learn from Indigenous women in tech.

“How we manage to support each other,” she says.

“How we really pursue technology as a career opportunity.”

In line with this, she says they also place a strong focus on ensuring older women are not left behind.

“The older ladies are the ones that have all the life experience and wisdom,” she says.

You’re not an imposter, there are no experts in technology

Jade says one the most important messages of the event for her came from Westpac CIO Dave Curran, who said that because technology is evolving so quickly it’s impossible for anyone to be a true expert.

With self-doubt and confidence a challenge for many talented women, Jade says the comment was encouraging.

“A lot of women in tech have imposter syndrome,” she says.

“I always feel like other people know way more than I do but because technology is so diverse and it touches every career and it’s moving so rapidly, it’s really true that there is no expert in technology.”