Young, nimble and growing fast: Key lessons from the 2013 Smart50 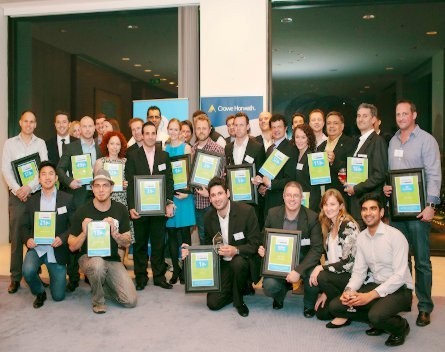 They’re nimble, young and brimming with innovation – they’re the innovators on the Crowe Horwath–SmartCompany Smart50 list of 2013.

The current breed of companies has been through a baptism of fire. Many lived through the global financial crisis, and can tell how it wreaked havoc on their businesses; but plenty saw the chaos as an opportunity – and it’s paid off big time.

To read the entire list, you can visit our page here. Some key statistics are available here, but needless to say – they’re extremely impressive.

In a year when businesses have struggled to stay afloat, the Smart50 have grown at an average rate of 92%. They are collectively turning over $595 million and have created 1750 jobs.

At the top of the list is technology company Plan B, which is built on the idea of making travel agents redundant. It’s working – the company has grown at a massive 210% over the past three years, and turned over $28 million in the last 12 months.

But the list is filled with plenty of stories like this. In fact, there are plenty of lessons entrepreneurs can take from the success stories on the 2013 Smart 50.

Here are just a few:

It’s been a few years now since retail king Gerry Harvey dared online retailers to sell bulky goods online. And now, companies like Winning Appliances have taken up that challenge with gusto.

But it isn’t a snappy website or a cool checkout system that has Appliances Online placed at 36th with $130 million in revenue – it’s good old-fashioned customer service.

Chief executive John Winning was brought into the business by his father, who taught him a crucial lesson – treat your customers right and they’ll stay with you forever. It’s an important maxim for a company that may only see its customers once every few years.

So how does it do it? One way is by handwriting thank-you letters to every customer.

“Our customers are king ,” Winning says.

“Exceptional customer service has been the driving force behind Appliances Online’s success and the company is the first Australian online retailer with an Australian-based customer support team that’s available 24/7, every day of the year.”

Stay independent if you need to

Selling your start-up to a massive online retailer could be a winning scenario for many entrepreneurs. And for the founders of wine site Vinomofo, it was – for a time.

But a year after selling to wine site Catch of the Day, the founding trio decided it was better for the company to remain independent. So they bought their shares back, and sold to some private investors.

They’re happier as a result.

The lesson is simple. Selling your company as an exit strategy can often bring lucrative rewards. But it’s not always the best move for your company’s future. Knowing when to sell and when to work on the company is a skill worth learning quickly.

The top company on the list grew tired of dealing with travel agents. So it decided to make them completely redundant.

Plan B, a software company founded by Philip Weinman and Clive Sher, has grown a massive 210% in the past three yours and had revenue of over $28 million last year.

The business’s success is built on that fundamental ideal of solving a problem. The founders were sick of dealing with agents, so they created technology to do the job better. As they point out, “The need for traditional travel agents with high fees is now becoming less relevant.”

Recognising an opportunity is important, but seeing a business and being able to do it even better? That’s what great businesses are made of.

Research and development is key

The Australian market is filled with finance lenders, so it takes a giant leap to stand out. Nimble, which reached 42nd on the list with revenue of $19 million, took the slow and steady approach – and built its own technology over seven years.

The tech allows the company to more quickly determine which customers are ready to apply for financial products. But more than that, it more quickly detects fraud and has the ability to weed out riskier borrowers.

While the company has built a strong brand, it’s the technology that has played a big part in the company’s success. And founders Greg Ellis and Sean Teahan realise how important it is – so much so the R&D team has increased to nine staff.

They even have a mathematician.

“Thanks to that investment and the efforts of the world-class R&D team, the Nimble platform is now recognised as the most advanced credit-risk assessment and fulfilment technology in the country,” Ellis said.

The key lesson here? Investing in your company’s future is never a mistake.

The supermarket price wars have taken down more than a supplier or two, and the surviving companies have to battle it out.

Baby products retailer GoToddler was threatened when Coles and Woolworths started reducing the price of nappies back in 2010 – by 20%. Given there was limited support from the supplier, founder Francesco Percopo said the environment soon became hostile.

Unfortunately, a restructure was necessary and the small team had to be downsized. But the company survived by doubling its focus on customer service – and creating loyalty. The strategy has proven successful.

“At GoToddler we have always believed that our business model has to be based on loyal customer support, and by offering better service and range. This has proved to be true.”

So many companies fail to win a return on their social media, simply because they don’t know how. But one savvy Smart50 finalist has taken the social media platform and turned it into a lucrative source for business.

Exactus Homes, founded by Ralph and Sandra Brewer, started building relationships on design blogs, providing advice and generally showing themselves as thought leaders in the industry.

The offers soon followed, and on Twitter as well.

This is just one example of the Smart50 harnessing social media for growth – if you use it the way it was meant to be used, it can be a good source of growth.

Deal with problems head on

Finance companies are often put under intense regulatory scrutiny, and it’s been no different for PAID International.

The company, which ranked 5th on this year’s list with revenue of $8.3 million, ran into trouble earlier this year when Western Australian laws were changed. Overnight, it became a requirement for all short-term lenders to request 90 days worth of banking transactions from applications, in order to assess suitability.

While the process wasn’t totally new to the company, there were processing issues which increased the company’s workload.

It’s easy to see how such a situation would turn customers away. But founder Tim Dean was simply upfront with his customers and told them what had happened.

“We also introduced new ways for the customer to provide the required information more simply and with fewer burdens for them,” he says.

PAID International is a good example of how the Smart50 survive – by staying nimble and adapting.

Change your model when you have to

Changing your business model on the fly is never easy, but Plus Fitness didn’t really have a choice. When the company, which ranked 9th on this year’s list, was faced with customers that wanted 24-hour access, it had no choice but to comply.

“Originally we had a small number of traditional health clubs (big box clubs) in Sydney. Over time we recognised that our consumers’ demands were changing,” says founder John Fuller.

It was the right strategy – the company is turning over $13 million a year and growing at over 100%. Changing models isn’t easy, but sometimes, it’s the hard – and necessary – choice.