YourGrocer gets some fruitful mentoring from Envato founders 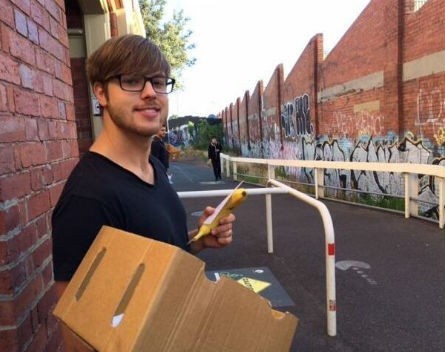 Envato co-founders Cyan and Collis Ta’eed will be joining forces with YourGrocer as active advisors as two of Australia’s most successful founders begin to pay it forward to the next generation of startups.

Envato is a network of eight online marketplaces with 1.5 million active users that have paid out over $US250 million, and now co-founders Cyan and Collis Ta’eed will be actively advising the YourGrocer team on how to achieve this level of success.

Given they’ve built one of the most successful double-sided marketplaces in the world, Your Grocer co-founder Morgan Ranieri is thrilled to have access to their expertise.

“We have the same strengths and opportunities as the two-sided marketplaces that Envato has built, but it can be really hard to build and takes a lot of time,” he says.

“They don’t create themselves and we need all the help we can get to be wildly successful.”

YourGrocer facilitates the delivery of the food users order from their local shops, and has facilitated the purchase and delivery almost $1 million-worth of groceries from 40 local retailers.

“That’s where the best source of supports for startups comes from – people that have been successful in startups before,” Ranieri says.

“They know what it’s about and have the appetite to support it. Then it can be a virtuous cycle, with more successful startup founders with more money in hand, and that’ll lead to even more startups.”

Ranieri says YourGrocer has lofty goals to reach the same heights of Envato, and this is an important step in that journey.

“We want to have 10,000 independent shops in Australia online so that every consumer can buy from their local shop on our platform,” he says.

“Collis and Cyan have been really successful in what they’ve done, and they’re becoming more and more involved in things they believe in and want to see improve.”

Cyan Ta’eed says she first discovered the potential of YourGrocer after using it herself.

“When we started using YourGrocer ourselves we were struck by all these fantastic food businesses we suddenly had access to,” Ta’eed says.

“We love that a customer can get amazing local produce, and small businesses get access to a whole new customer base.

“At its heart Envato is all about creating entrepreneurs and facilitating small business, so we have a natural affinity with YourGrocer.”

Ranieri first met with Collis Ta’eed during StartupVic’s open office hours, and a relationship grew from a shared passion for the marketplace business model.

“They love what we’re doing and want to help,” Ranieri says.

“I think they’re interested and intrigued about the added challenge that delivering food adds to the marketplace.”

“They’ve always been on the top of our hit list of advisors because of what they’ve done with their businesses.”

It’s also about learning and drawing from the renowned workplace culture found at Envato, Ranieri says.

“They have employees who absolutely love working there, and they’re the sort of people you want to hang around,” he says.

“It’s a creative environment where people love work and get energised by it. They’ve got a space to work that people want to be a part of and to take some of that would be awesome.”

Now it’s all about taking in this knowledge and expanding the YourGrocer offering across Australia, he says.

“We have strong organic traffic to the website but a lot of it is outside the area we can deliver in,” Ranieri says.

“Right now our plan is to expand geographically as quickly as we can into new areas where we’re already getting demand.

“It’s all about scaling up now.”