YouTube could change the way we broadcast sport in Australia 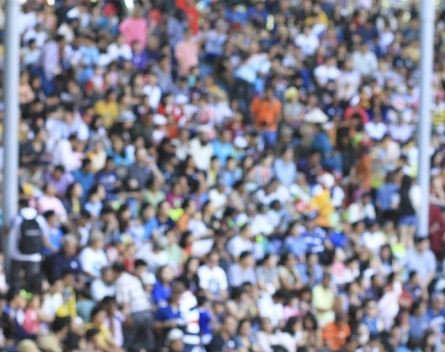 Australian rugby league games could be heading online following reports the National Rugby League (NRL) has been in discussions with Google as part of the sporting organisation’s latest media rights. The discussions are said to be associated with having NRL games broadcast via Google’s YouTube video website.

These are not the first discussions rumoured to have taken place between YouTube and an Australian sporting organisation. Last year it was said that the Australian Football League (AFL) was in discussions with YouTube, as part of its new media rights deal to start in 2017.

It should also be noted that YouTube has made a shift toward professional sports media over the past few years. In 2010 it secured the live-streaming rights of the Indian Premier League (IPL) cricket. Three years later, YouTube began to experiment with major American sports, including Major League Baseball (MLB) and the National Basketball Association (NBA).

Sports media rights are much sort after. The investment banking group Jefferies Group LLC sees sports as vital for TV channels because 97% of all sports programming is watched live.

This is evident by the high stakes of the sports media rights globally. In the UK recently Sky and BT paid a record £5.136 billion (A$10.48 billion) for live Premier League soccer television rights, almost doubling the previous £3 billion (A$6.12 billion) deal.

How does this compare to Australian sport media rights?

There is a clear gap between the value of Australian sporting media rights and those in the UK and US, which is arguably one factor in YouTube’s interest in the Australian sports market.

Today the online video market is estimated to be worth US$200 billion to US$400 billion (A$275 billion to A$514 billion), with YouTube having the largest share. YouTube currently has more than 1 billion users, has more than 300 hours of video uploaded to its site every minute, is localised in 75 countries and available in 61 languages.

It was recently reported that in the US YouTube reached more Americans between the ages of 18 and 34 than any cable channel, including ESPN. There has also been a 50% growth in the amount of time users spend watching videos on YouTube year over year, of which 50% of viewing is via a mobile.

Who will pay? Advertisers or the users

If YouTube was to commence broadcasts of Australian sports, the question is, who will pay?

YouTube has a subscription based services already available that would allow Australian sports to charge per game, per month or per year. But how would this impact the current alternative platforms that both the AFL and NRL have?

A similar deal could be struck as with the IPL, where YouTube “involves every country outside the US”. YouTube could become a digital partner to broadcast AFL and NRL for countries other than Australia, assisting in the internationalisation of the codes.

In addition to the shear reach of YouTube globally, the other area to consider is broadcast technologies and the way in which YouTube has begun to experiment in this area.

Google has also released Google Cardboard which gives anyone with a smartphone a cheap entry to the VR headset. Google also recently announced its Jump camera rig for 360 degree videos, which holds 16 GoPro cameras, costing well over US$8,000 (A$10,280) with cameras.

But there are cheaper alternatives to Jump coming into the market. The Giroptic camera is under US$500 (A$643) and the Bubl camera is US$799 (A$1,027), both are smaller than Jump and extremely affordable in comparison.

YouTube allows for 360 degree video to be upload to its site, something that has been taken up by artists such as Björk and the Red Bull Formula 1 racing team.

Sporting organisations are willing to experiment with new technologies. This is evident by the recent virtual reality content filmed for Samsung’s Gear VR at the NBA’s all-star weekend. The National Hockey League (NHL) also experimented with using GoPro cameras for its all-star weekend to give viewers a point-of-view perspective.

These new ways of viewing video content could have a major impact on the future of sports broadcasts and what the viewer sees on a screen, but does not need to entirely replace the current methods.

In the current media environment it seems that YouTube will not replace the current broadcast of sport.

For Australia, the anti-siphoning laws prevent subscription or pay-for view only broadcasting many Australian major sporting events. This would prevent YouTube from having a major impact in the near future of sports broadcasts, but it could shake up the digital rights component.

What YouTube could do for Australian sports is allow for both the AFL and NRL to be internationalised by making it available to people outside Australia, something that the AFL in particular has been strongly working on.

In addition to providing a liner stream, YouTube could be a potential platform for sporting organisation to experiment further with new broadcast and viewing technologies, such as the 360 degree video.

Imagine being able to experience being in the crowd at the Melbourne Cricket Ground. A 360 degree video could allow the viewer – both in Australia and overseas – access onto the ground, a fly on the wall perspective, via cameras installed on goal posts or positioned above the ground.

YouTube thus does have the potential to lead the way in new forms of sports broadcasting.

Marc C-Scott is Lecturer in Digital Media at Victoria University.

Thank You for sharing this post
You must take a look at this.