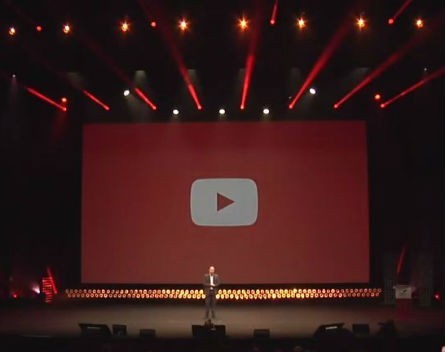 Content that YouTube is paying some of its biggest names to create will be placed firmly behind a paywall, as the video platform prepares to introduce a new paid subscription service.

Overnight Google announced the premium subscription service dubbed YouTube Red would be available for $US9.99 per month. Subscribers will be able to access premium content, ad-free regular content, and the company’s Play Music on-demand service.

YouTube will be funding a number of its stars to make videos which will be used as incentives for its advertising-free premium subscription offering which,according to Re/Code.

It’s a move aimed at taking on streaming giants like Netflix, and will also make sure its most popular content creators aren’t tempted to move onto other platforms making a push for video content.

It’s not the first time Youtube has tried to pay its heavyweight users to produce more content, but this time round rather than asking general celebrities like Jay Z, they’re getting YouTube stars that already have huge existing fanbases on the platform.

The site will still run normally with ads for free users, although they won’t be able to view the exclusive content.

The plan to introduce a subscription service was revealed earlier this year in a letter sent to creators.

“By creating a new paid offering, we’ll generate a new source of revenue that will supplement your fast growing advertising service,” the letter said.

YouTube Red will launch in the United States on October 28, and globally not long after.