Zendesk and the art of expansion: Startup opens new office in Melbourne 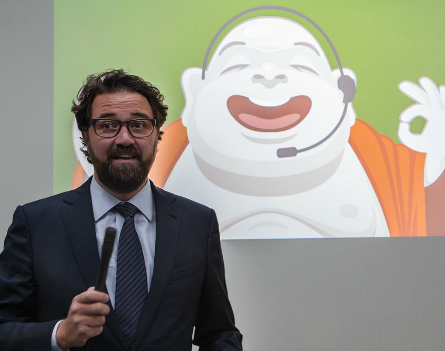 The startup – which began in Copenhagen in 2007 and is now based in San Francisco – has doubled its number of employees in Melbourne over the past year to 40.

Svane told Private Media the new offices will enable that growth to continue.

“We had an office in Melbourne for many years but this week we are opening a Development Centre, which will give us room for hiring up to 100 people,” he says.

“We started out with local sales support, but hiring developers and engineers here has been very good for us.

“Some of our early customers came from Australia and New Zealand and we’ve always felt very welcome here.

“It’s hard to say if Australia is becoming an increasingly important region for technological development.

“We moved our company to San Francisco as it was the best place for us to build.

“There are a lot of places in the world with great talent and quality of life, and Australia is definitely one of those areas.

“People love living here so it’s a great place for us to do business.”

The Zendesk Asia-Pacific team has delivered and implemented a number of innovative projects across the business worldwide.

One such project is Zendesk Insights, an analytics tool for organisations to measure and visualise the impact of their customer service interactions, managed through its cloud-based customer service platform.

“Our investment in a local development team allows us to attract top engineers and developers and continue to build innovative new products,” Svane says.

The company says it has achieved rapid growth in the Asia-Pacific region since setting up in Melbourne in 2011.

It has more than 1000 customer accounts in Australia and 500 more in New Zealand including Lonely Planet, the REA Group, and New Zealand Post.