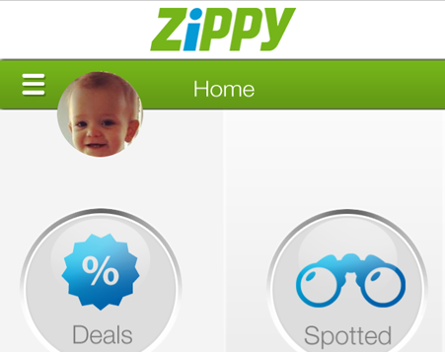 Brisbane mobile deal and loyalty provider startup BDS.com.au has raised $500,000 in angel investment to increase market awareness and uptake of the company’s Zippy app as well as accelerate the development of its Bluetooth Low Energy beacon technology.

Currently, the Zippy app is using QR codes for tracking, but BDS.com.au chief executive officer Gerard says while they will remain relevant for old device compatibility, beacons are the future.

The beacons allow businesses to send push notifications to people who have downloaded the Zippy App. The notifications let them know about deals and specials available when they come within 50 metres of the shopfront.

Store loyalty programs are also able to be delivered through the app, a feature Doyle says helps businesses retain customers, a problem most ‘daily deal’ type offerings struggle to address.

Doyle says the company is conscious of users being overwhelmed with notifications, so uses a “smart data” platform to ensure users are only notified of deals that would interest them.

“From the retailers point of view it’s an ability to reach out and tap potential customers on the shoulder and whisper the deal in their ear,” he says.

The app is very much still an MVP (minimum viable product), according to Doyle. It was developed in India, but he says some of the capital raised in this latest investment round will go towards hiring developers here in Australia.

The Zippy app has about 10,000 users and 85 stores, the majority of which are based in Brisbane.

Stores that sign up can add existing customers to loyalty programs for free, but are charged a fee of $1 per month, per new customer brought in by the Zippy app.

BDS.com.au supplies businesses with QR codes, and eventually beacons, once they become cheaper to produce.

“They’re pretty expensive at the moment because we’re bringing them in from the US,” Doyle says.

“Our view is that these will be commoditised within 12 months once people in China work out how to ship them directly.”

The Brisbane Angels led the investment round, supported by a number of unnamed local angel investors, which follows a seed round funded internally with support from the UK based Potential.co.uk.

Doyle and fellow co-founders Peter Wakim and Adam Samuel all have experience working in the technology industry in the UK.

Doyle was the CEO of DiscountVouchers.co.uk, while Samuel founded NuBricks.com and Wakim was the commercial director at Quidco.com.

Doyle says Australia is well suited as a launch site for a product like Zippy.

“In Australia we’ve got good incomes, the technology use is there with 80% of adults (owning smartphones),” he says.

“It’s not predisposed to funding startup tech businesses, but if you do get funding there’s less noise in the scene.

“In somewhere like London, retail is constantly getting bombarded by technology startups.

“In Brisbane there’s not many startup businesses in general, let alone working in the mobile deals or loyalty space, so we have a lower cost to market because we don’t have to break down those barriers.”

He says if Zippy can get traction here in Australia, then it presents a good case for the company being able to scale globally.