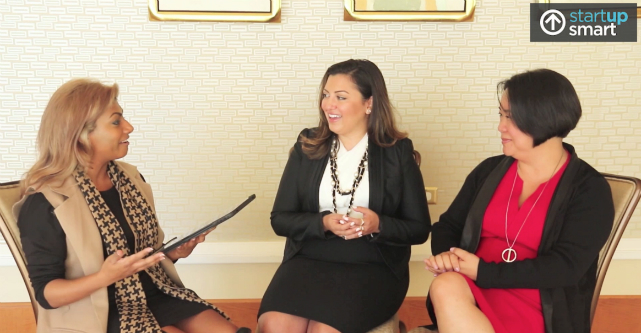 Referring to themselves as “old cloud”, Chan and Tariq now head IBM-owned company BlueWolf as global chief of staff and managing director for Australia and New Zealand, respectively.

They discuss what it takes to make tough calls as an entrepreneur, and even address those confronting comments made by tech investor and artist Will.i.am on the lack of diversity in the sector. You’ll see a snippet of his talk in the interview.

Read more: Will.i.am calls out lack of diversity at Dreamforce

“Sometimes that fear of that unknown as an entrepreneur or somebody starting a business is good,” says Tariq.

“If you’re not feeling that fear in you belly, it’s probably not a good thing, so you’ve got to push a little harder.”

In episode one of this series, learn how to spot a $1 billion business idea with subscription business pioneer Tien Tzuo