Who wants an intern? New platform launches to enable connections 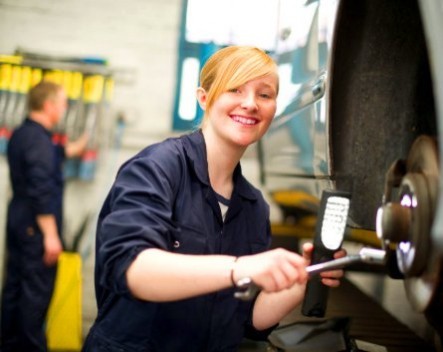 99interns, an online platform to enable easier access for interns and start-ups, has launched this week in Sydney.

The five co-founders – Yvonne Lee, Sarah Maloof, Dave Michayluk, Alex Rahr and Javier Temponi – all enrolled in the most recent program of the Sydney chapter of international accelerator program The Founder Institute with their own start-up ideas.

Lee, who started the program with an online classifieds platform idea, told StartupSmart they combined forces to focus on an intern connection platform as they each struggled to locate good interns to help them launch their idea.

“We found we wanted interns to help us with our start-up, and as we spoke to more new companies we realised it wasn’t just us. When we started interviewing interns, we realised they were keen to get involved but there was no easy way to connect,” Lee says. “It’s very frustrating to look at the job ads that all say needs experience, and this will also help the start-up community.”

Connecting start-ups to interns is an increasingly popular idea at the moment, with the launch of the Tin Alley program in Melbourne and universities increasingly creating direct connections for students with start-ups.

Lee describes the brand name as a nod to successful Australian design marketplace start-up 99designs, and says they’ve spoken with the team there who weren’t concerned, but the name is still subject to change.

The platform is currently a newsletter that goes out to 250 students who are keen to intern. The students apply to 99interns, who sort out applications and forward them to a small but growing group of start-ups.

“With start-ups we’re going a bit slower because we don’t want a deluge of requests without enough interns,” Lee says, adding the start-ups involved in this beta round have come from their own networks.

The 99interns team will be developing the platform and automating this process, as well as reaching out to universities in the next few months.

“We’re going to build up the user base and the product,” Lee says. “We’re going to create an intern program that start-ups can just plug in so we know the interns are getting a good experience.”

Interns graduating from the program will receive badges they can display on their LinkedIn profile.

Lee adds while they’re still exploring business models, the fees for the platform will be paid by the start-ups.