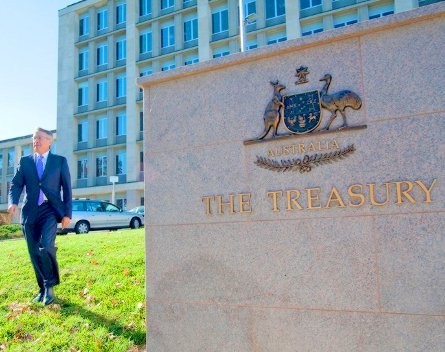 Treasurer Wayne Swan has delivered a federal budget which has slashed several support programs for start-ups in an attempt to plug Australia’s $18 billion deficit in the upcoming financial year.

Delivering his fiscal showpiece in Canberra tonight, Swan revealed that Australia has taken a “savage hit” to tax receipts, amounting to $17 billion, which accounts for most of the deficit.

Swan identified $43 billion in savings over the next four years, including headline measures such as scrapping the Baby Bonus, increasing the Medicare Levy for DisabilityCare and closing tax loopholes for large multinational businesses.

Hailing “proud” reforms such as DisabilityCare and the implementation of the Gonski education reforms, Swan told Parliament: “Just because the global economy took an axe to our budget, does not mean we should take an axe to our economy.

“Just as we shielded Australia from the worst during the GFC, we will continue to follow the responsible middle course.

“The alternative, cutting to the bone, puts Australian jobs and our economy at risk, something this Labor government will never accept.

“A smarter way forward (provides) businesses with a skilled workforce, boosting incentives to innovate and adapt, to reap the benefits of the Asian Century.”

Swan’s “targeted, sustainable” savings drive spells the end for several initiatives that support start-ups, although the cuts in what is essentially an austere, downbeat budget are less radical than some entrepreneurs will have feared.

A round-up of the key measures in the 2013 budget:

The government has pledged $12.9 million in new funding to help small businesses take advantage of the National Broadband Network but the ICT Centre of Excellence will be scrapped.

The Australian Skills Centres of Excellence program will be ditched before it even launches, although more cash will be ploughed into helping regional businesses find apprentices.

Start-ups are to be hit by an increase in the cost of registering a business name, with the corporate regulator hiking fees to $32 for one year and $74 for three years.

Innovation funding has been largely spared from the government’s $43 billion drive for fiscal cut-backs, with a new $350 million round for the Innovation Investment Fund and fresh cash to publicise Australian start-up success stories.

In another surprising reprieve, green start-ups haven’t had support cut away from beneath them. The flagship Australian Renewable Energy Agency will be extended for a further two years, while funding for the lean Technology Program will be brought forward.

The Fair Work Commission will receive $21 million to crack down on workplace bullying.

A total of $14.3 billion will be invested over seven years to roll out DisabilityCare, the national disability insurance scheme, covering up to 460,000 people by 2019. The Medicare levy will rise by 0.5% to pay for the scheme.

And nearly $30 million over five years to help small businesses become more competitive when bidding for government contracts and tenders. Grants of up to $1 million will be made available.