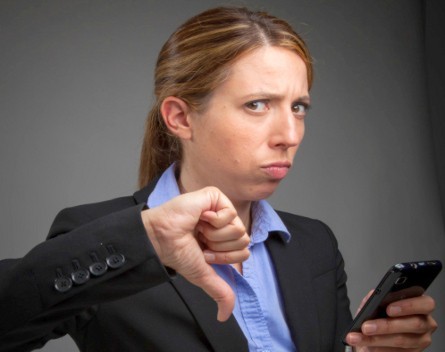 The Australian Competition and Consumer Commission has initiated Federal Court proceedings against daily deals site Spreets, which it alleges misled consumers in 2011 and 2012.

The crackdown by the competition watchdog comes just six months after online group buying site Scoopon was hit with a $1 million penalty for making false or misleading representations to businesses and consumers.

At the time, Spreets operated one of Australia’s largest consumer-facing online group buying sites. The site has since changed its focus and now publishes deals offered by third party group buying sites including Scoopon, Groupon and Living Social.

Amanda Millar, director of trade marketing and corporate affairs for Spreets’ parent company Yahoo!7, told SmartCompany this morning Yahoo!7 “has been in discussions with the ACCC about these matters for some time” and has “already, of our own accord, made substantive changes to the Spreets business model”.

Millar says the changes were in part “to ensure that the Spreets businesses practices protected our users against breaches to consumer law”.

“Beyond this, it is not appropriate for us to comment any further on matters that are before the courts,” says Millar.

The ACCC said it has received “a significant number of complaints” about online group buying sites in Australia since the industry emerged in 2010 and regulators have been working to improve the practices of the industry.

“Businesses selling to consumers online have the same obligations under the Australian Consumer Law as all other businesses, and consumer guarantees, including refund rights, apply when consumers purchase online,” said ACCC chairman Rod Sims in the statement.

“Online businesses must ensure that they do not mislead consumers and that the price and any restrictions on a deal being offered are clearly and accurately stated,” he said.

Sally Scott, partner at Hall & Wilcox, told SmartCompany the maximum penalty for misleading conduct by a company is $1.1 million per offence. While Scott says she has not seen documents relating to this particular case, if the ACCC is alleging three offences from Spreets, the maximum penalty could reach as high as $3.3 million.

Scott says it is essential for businesses to ensure any representations they make are not misleading.

Scott says companies also need to be aware of their obligations towards other businesses, including suppliers.

“The Scoopon and Spreets cases show that businesses can be targeted for misleading representations made to consumers and to other businesses, including suppliers,” says Scott.

“The ACCC has proved over the last four years or so that it is willing to pursue businesses that engage in misleading conduct,” says Scott.

A directions hearing for the case is scheduled for July 30 in the Federal Court in Brisbane. The ACCC is seeking declarations, pecuniary penalties and costs.