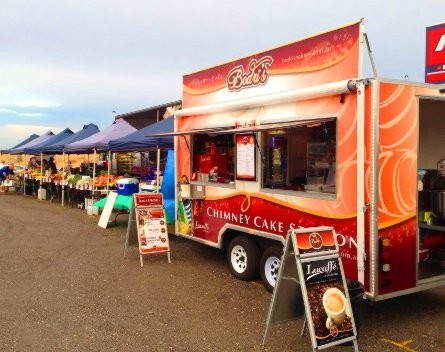 The fate of pop-up food vans in the Adelaide CBD looks uncertain amid claims from a city councillor that the “pop-up fad” has gone too far.

Earlier this month, Adelaide City Council launched Fork on the Road as part of Splash Adelaide, a joint campaign by the council and the South Australian government to invigorate the city’s streets and laneways.

Fork on the Road aims to bring together in one place Adelaide’s food trucks, vans, bikes and stalls.

According to a report by The Advertiser, a council committee has approved guidelines for mobile vendors, after a survey of more than 950 people found an overwhelming level of support.

However, it’s since been reported the council has voted to delay the passage of new guidelines until a further report, with one councillor claiming the “pop-up fad” has gone too far.

The committee has asked for a report outlining why staff recommended capping permits at 50 vans trading under the scheme’s trial. One councillor believes this number should be cut to 20.

Csaba Egri, owner of gourmet food caravan Bodri’s Bakery & Café, says there have been complaints from fixed-premises cafés and restaurants about the impact of mobile food vans, but says these complaints should not be taken seriously.

“If you go around the city, you can hardly find more than five or six food trucks at all who are in the city every day,” Egri told StartupSmart.

“Usually you can see two or three per day, so if this would really harm these businesses then they are already in big trouble.”

Scott Williams, founder of Instant Retail and Pop Up Shops Melbourne, told StartupSmart it would be a shame if Adelaide council withdrew its support for pop-up food vans.

“Yes, they may be a challenge to the traditional bricks-and-mortar businesses in a precinct but that’s kind of missing the point,” Williams says.

“I find that the councils and the local trader associations do support this concept because it’s all to do with invigorating streetscapes, and keeping neighbourhoods interesting and vibrant.

“It can only be good for the permanent retailers because if they’ve got decent businesses, people will visit them as well.

“It’s a bit of a shame if local governments and the chambers of commerce start to withdraw their support for this because there are so many benefits.”

Williams, however, says this situation is slightly different.

“It is a disadvantage to permanent traders.”