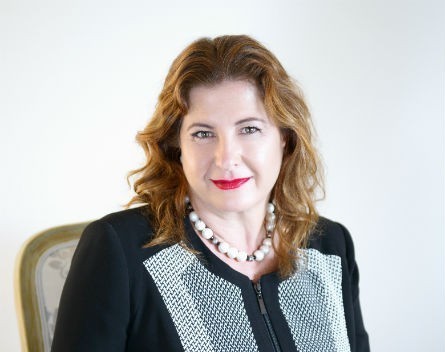 Forming Circles Global will have a pool of $500,000 to be invested over three years into local or global female-led or founded startups.

The fund is an evolution of Forming Circles, which Cooper launched in 2011 as a social and ethical investment organisation.

She says the last 18 months have seen a growing trend of angel investment in Australia, allowing her to finally create the new fund.

“Once the trend was here, the timing was right to release Forming Circles Global,” Cooper says.

“It’s what Forming Circles was initially meant to be, a way to help female-led technology startups. It’s not just investing; it’s about amplifying exceptional women with great ideas.”

The angel fund will be looking for global tech ideas and founders that are looking to exit in about three years.

“We’re obviously looking for a great idea, that’s globally scalable, and with an excellent founder,” she says.

“I’m looking for a woman who I can see still being the leader at the exit point, and with a brilliant team behind her. We’re looking for the personal qualities of someone who gives back too.”

Presenting these opportunities to female entrepreneurs will hopefully go towards bridging the inequality gap that plagues the tech startup world, Cooper says.

“The stats are very clear about the position of women in startups and with getting money,” she says.

“Generally it’s very hard for anyone to get investment funding. That’s just how things are, hardly anyone gets money.”

Cooper is a member of Scale Investors, a female-focused angel investor network, and a muru-D mentor.

She has personally invested over $2 million in many innovative and disruptive startups, including venue hire platform iVvy, charitable organisation Good360 and recruitment startup Workible.

This portfolio lends credibility to Forming Circles Global, she says.

Cooper will now be looking for more developed startups with an eye to a fast exit.

“I’ve invested so much money in the last three years into the community, organisations and everyday people, so I’m now looking in the short-term into startups that are quite developed,” she says.

A key focus of the idea is creating the Founders Circle, a group of entrepreneurs providing support and advice to the startup community.

Forming Circles Global will also include two annual small business grants and support for Australian social enterprises that are operating in developing countries.

The fund will begin accepting pitches from startups in September.