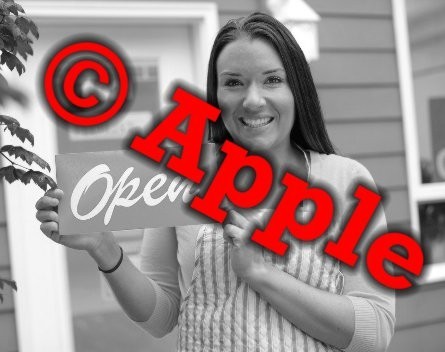 Apple’s attempt to trademark the term “startup” in Australia has outraged members of the local start-up community.

“It’s such a disappointing move from Apple to attempt to trademark a word that is in common usage amongst the entrepreneurial community,” Handsaker says.

“At a time when Apple is being attacked on all fronts by rapidly moving competitors, retaining the good faith of the developer community is an important competitive advantage.  This cannot help with that surely.”

Handsaker added the community was keen to understand why Apple wanted the trademark anyway.

“It is hard to imagine how it could be of benefit to them, as no-one thinks Apple is a `startup’ anymore.  It feels like someone from the Apple marketing department is playing a bad game of word association,” he says.

Peta Ellis, general manager of Brisbane-based start-up hub River City Labs, says the trademark application was probably filed to enable Apple to take action against knock-off Apple stores in preparation for the launch of the next iPhone.

“From what I can understand, it’s been applied for to beat knock off stores in preparation for the launch of the new iPhone, which makes sense,” Ellis says. “If it does become a blanket trademark, it would be very detrimental to the start-up ecosystem, and a real hindrance if we couldn’t use our word.”

According to Ellis, as the term is so widely used, a blanket trademark and consequent ban would be difficult to pull off.

“As long as we can keep using the word, I think we’ll be fine. Startup the word is such a widely used term for different areas of business,” Ellis says.

She adds River City Labs hasn’t reached a decision on whether they’ll oppose the trademark application if it passes examination.

“We’re going to wait and see how it goes, and how it plays out. If it’s not a trademark on the blanket use, I don’t think we’d oppose it,” Ellis says.

Baker & McKenzie, the law firm which filed the trademark application for Apple, told StartupSmart it had no comment at this time.