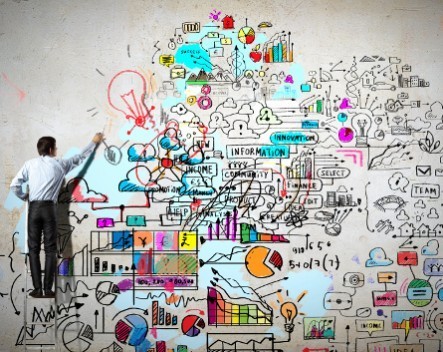 Melbourne startup Appster has opened a capital raise to fund its ambitious vision to create “an unprecedented development hub for the greatest ideas and innovations in the world”, according to co-founder Mark McDonald.

The startup has offices in Australia, India and the USA.

“We aspire to be the world’s first ideas company, that sounds lofty but working in San Francisco you are exposed by osmosis,” he says.

“It’s also our beachhead into the US market which we’ve been growing month on month.”

The software development startup is raising capital to achieve that goal, although it’s in no rush. As the business is profitable, it’s in the position to wait for the right partner to help it “scale aggressively”.

That innovation hub will be AppsterX, the company’s product arm. McDonald says the company is looking to partner with a select few companies, between one and two per year, and takeover everything – commercialisation of intellectual property, building executive teams, raising capital, growth and product engineering.

“It’s different to an incubator or accelerator in that we’re not nurturing talent but instead starting these companies for them and taking a lion’s share of the equity,” McDonald says.

“We believe this model will work better than an incubator one as we are most vested in the ideas; bring world-class execution and only present VCs with startups that have incredible traction already,

“Appster is uniquely positioned to pull this off because we have a large development team, global reach and growing capabilities with finance and growth hacking.”

McDonald says the startup has always been slightly different to other app developers, describing its role similar to that of being a technical co-founder without equity, as opposed to a fee-for-hire digital agency.

“We’ve worked hard to build a brand and operational economies of scale globally to build the technology behind many of Australia and the world’s most disruptive technology startups.”

“We believe we have incredible executive skills but one weakness was experience in the US capital markets,” McDonald says.

“David is a financial and operational expert and a very well-respected person in the industry.”