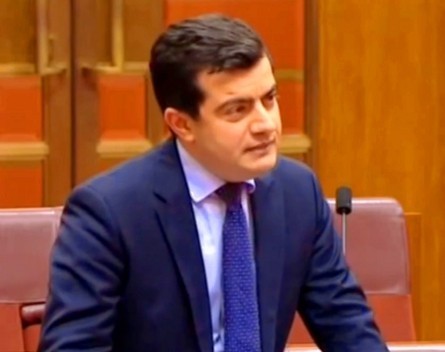 A Senate committee inquiry into bitcoin and other cryptocurrencies must examine the ATO’s guidance requiring Australian bitcoin exchanges to charge GST on the full value of the bitcoins they supply to Australian residents, industry figures say.

This week, bitcoin exchange CoinJar announced that from October 3 users that buy bitcoin at CoinJar will be charged 10% GST. The decision has placed Australian exchanges in a difficult position, making their services substantially more expensive than those from other countries.

“In many ways the guidance has brought clarity to the position of bitcoin users in Australia,” CoinJar says.

“However, we don’t believe the ATO’s guidelines are ideal for bitcoin in this country. We believe in a simpler financial system and we will continue to work with the ATO to help them discover a fairer decision.”

“Bitcoin is an early-stage, disruptive technology, probably one of the most innovative fintech developments of our times. And like the internet in the early 90s, new technologies are often considered as useless, crazy or even scary when they are premature.

“But in a supportive and regulated environment (not meaning double taxing a virtual currency), these technologies can grow to something great.

“We firmly believe that the tax treatment of digital currencies in Australia will be adjusted soon, to ensure that Australia keeps being one of the most innovative countries in the world.”

Daniel Wilczynski, the co-founder of Australian bitcoin exchange HardBlock, was less optimistic, saying it has created a dire situation for Australian exchanges.

“Being forced to charge GST on bitcoin sales translates to forcing us to close our business,” he says.

“It is impossible to do and operate a bitcoin exchange.

“The government will receive zero tax in such a situation (should we close), and Australian customers and money will go overseas.

“The rules are divorced from the reality of what bitcoin is and how it works. We are considering what action to take, but have not made any decision.”

Reuben Bramanathan, senior tax lawyer at Adroit Lawyers, says discussion like that on the Reddit thread is “an inevitable and disappointing result of the ATO’s view”.

He says depending on their business models, other Australian bitcoin exchanges and traders will need to charge GST to comply with the ruling.

“Australia’s bitcoin industry is acknowledged globally as being ahead of the curve, and we are now seeing real evidence that the ATO ruling could seriously impact a lot of the progress made to date,” Bramanathan says.

“With international providers opening up to Australian customers, the ATO ruling is a real problem for Australian bitcoin businesses and it puts them at risk of being unable to compete.

“There may be a small opportunity for local traders who remain under $75,000 GST registration threshold, but the majority of Australian bitcoin users will simply turn to well-established overseas suppliers to get their bitcoin.”

Bramanathan says as a result the GST issue must be top of the list for the Senate committee inquiry into bitcoin because of its “immediate and serious negative impact on Australian businesses and consumers”.

The committee’s chairman, Senator Dastyari, says that will be the case. He left the door open for a possible reversal of the ATO decision.

“It is interesting to note the UK initially treated digital currencies, such as bitcoin, as a taxable product, only to change their definition to a currency a couple of months later,” Dastyari says.

“(Tax commissioner) Chris Jordan was quite clear that the ATO decided to treat bitcoin as a taxable commodity because it doesn’t fit within our current definition of a currency. We don’t have the legal or regulatory framework to treat it as a currency.

“We note that the digital currency community argues that bitcoin, and others, are used effectively as a currency – a medium of exchange. The truth is government policy needs to catch up with a technology that has already emerged and is spreading quickly.”