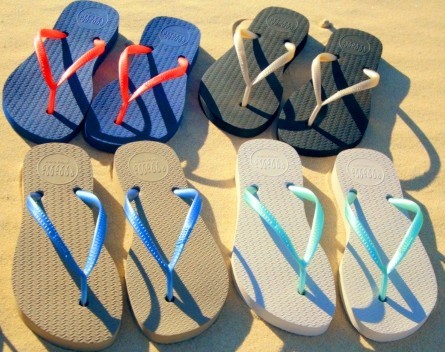 Recently, there was a potato salad that went gangbusters – but could a redesign of the classic Australian thong be the next big crowdfunding campaign?

An Australian footwear company hoping to revolutionise the iconic Aussie thong has raised more than $10,000 on crowdfunding platform Indiegogo within an hour of going live.

Willi Footwear, based on the Gold Coast, is looking to develop thongs that are “stylish” but avoid what it calls “the chance of a blow out” – a situation where thong straps break or come loose from the base.

It has patented its design for an interchangeable “boomerang” plug, which, according to the project’s Indiegogo page, has been awarded in a number of countries.

Founder and managing director of Willi Footwear, Brad Munro, said in a statement he hopes the crowdfunding campaign will help them launch their new brand of thongs in Australia and overseas.

The company has already had enquiries from several overseas distributors. It says it needs to reach its $30,000 goal in order to pay for production and shipping costs, moulds and patent fees. Having reached more than a third of its target within two days, the thongs look set to hit the market just in time for the warmer months.

Willi Footwear has enlisted brand ambassadors to put their names to the project – including former Cleo Bachelor of the year Trent Maxwell and three-time Ironwoman champion Courtney Hancock.

The business is using the power of social media to drum up support, encouraging people to use the hashtags “nomoreblowouts” and “changeablestraps” to promote the crowdfunding campaign.

The thongs will come in a range of sizes and colours, and will allow owners to mix and match their straps in order to create a number of different colour combinations.

A number of startups have been successfully crowdfunded in recent years. However it is the more wacky ideas that currently are the flavour of the month, encouraged after Kickstarter relaxed its submission guidelines.

Earlier this month, an American man created a Kickstarter to source the necessary funds to make himself a potato salad. With just a few days left and an initial goal of $US10, the project has raised more than $US50,000.