Australia, an expensive home for startups 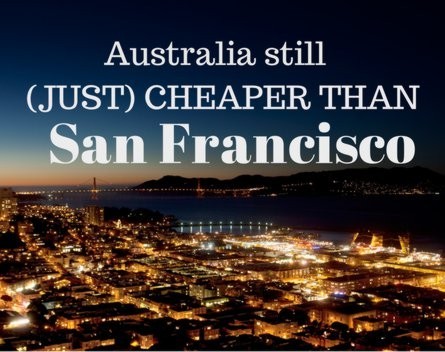 Both Sydney and Melbourne are almost as expensive as San Francisco for startups and their founders, according to the Expatisan Cost Of Living Index.

The index takes the expenses of a “typical expat” – food, housing, clothes, transportation, health and entertainment – and compares their prices in cities around the world.

Expatisan users enter prices for all of the products in various the cities, which enables the platform to make the comparisons.

Both Sydney and Melbourne are substantially more expensive than other tech hubs around the world.

Berlin is 26% cheaper than Melbourne and 32% cheaper than Sydney, with the housing, food and entertainment categories seeing the largest points of difference.