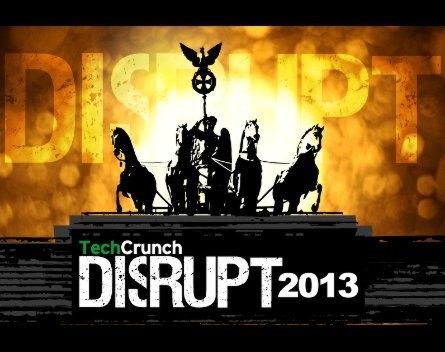 Two Australian developers have come under international fire after presenting their app “Titstare” as one of the opening presentations at high-profile international developer event TechCrunch Disrupt.

During the presentation, Twitter lit up with accusations of shock, sexism and frustration.

Richard Jordan, who was attending the event with his nine-year-old daughter tweeted: “There goes my attempt to teach my 9yo girl how welcoming the tech industry is to women :-/ cheers Aussies & wank app guy”.

Boulton and Batts tweeted the following statement from their Twitter account in light of the online uproar:

“#titstare guys here, sorry if we offended some of you, very unintentional. Just a fun Aussie hack.”

Australian entrepreneur Kate Kendall told StartupSmart she was disappointed to see the Australian start-up scene represented in this way.

“It’s unfortunate to see this is how Australian start-up culture is being represented to the world at one of tech’s most highlighted annual events. I can’t believe it’s 2013 and we still have stuff like this chosen to get airtime. It detracts from the many men and women working hard to make tech more inclusive of minority groups,” she says, adding anyone with a hint of awareness would have known Titstare was completely inappropriate.

“Humour isn’t an excuse here either – it’s a lame joke, either when shown behind closed doors or at a professional industry conference. Especially with a nine-year-old girl in the audience whose future hopes of being a hacker are blown out the window. These all-too-frequent occurrences make me want to lean far, far out of the industry, not in.”

Abby Ohlheiser wrote in The Atlantic Wire: “It’s hard to single out the worst part of Titstare, a ‘joke’ app presented Sunday at TechCrunch’s Disrupt 2013 startup conference hackathon. Everything about it — the name, the concept, the presentation, the context — is just jaw-droppingly ‘no’. And yet, it just happened on a stage, before an audience that, from the video, sounded at least somewhat receptive to it.”

In popular online journal Medium, Aron Solomon wrote a post titled “Titstare. Seriously. And why am I the startup police?”

“If you’re the mind wizards behind Titstare or TechCrunch Disrupt, you clearly don’t see a huge problem with this. I do, and I think this can actually be a line in the sand. We have to call out what we see and hear and, most importantly, feel in startup culture that’s just not acceptable. And it does actually need to be me and you and everyone who becomes the startup police.”

TechCrunch has apologised for the presentation, saying the presentation occurred because they failed to “properly screen our hackathons for inappropriate content ahead of time and establish clear guidelines for these submissions”.

TechCrunch described sexism as a major problem in the tech industry and promised to screen every entry from now on.