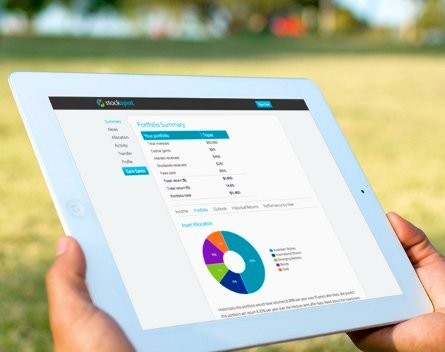 AWI Ventures is a subsidiary of ASX-listed Australasian Wealth Investments. They announced an accelerator program for financial tech startups, which will invest $100,000 in seed capital per company, last month.

Stockspot will enable and advise people on creating a developed portfolio development available online. It will be Australia’s first entirely online investment offering.

The offering is still in a private beta mode, but is set to launch to the public by the end of 2014.

Stockspot founder and chief executive Chris Brycki told StartupSmart the fact it’s cleared many of the barriers to entry in the notoriously difficult to access financial services industry helped its investment case.

“It’s a really hard industry for startups, with high barriers to entry such as legal hurdles and finding the right partners. We’ve done the ground work and are almost ready to go, which I suspect helped a lot,” Brycki says.

Brycki, who quit his job as a hedge fund manager last year to develop his startup, says the $2 trillion Australian financial services industry is ripe for disruption.

“The industry here is so large and hasn’t really been disrupted by technology to the extent it will and should be. Media, travel and retail are going online and changing how they’re structured, but financial services still streams through the say traditional paths.”

According to Brycki, these traditional paths involved a range of players, each charging fees (a practice known as “clipping the ticket”), meaning direct tech solutions can be considerably cheaper and easier to manage.

Stockspot is currently a team of two, Brycki and a developer. The funds will go towards hiring and outsourcing engineering, marketing and social media management.