Beat the bank and take your ideas directly to the people: How to crowd fund launch capital 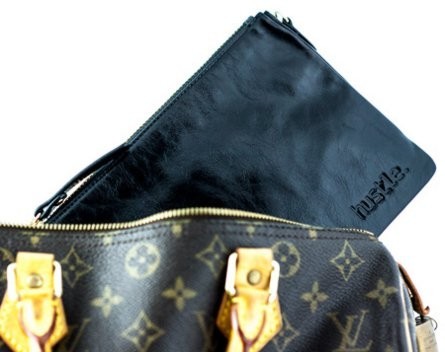 Start-ups are increasingly turning to crowdfunding as a way to raise capital needed to launch their business.

“As is often the case with Australia and e-commerce/internet properties, the adoption has been very fast,” she says.

John and Lisa Winters, the co-founders of Hustle Bags, are currently running a crowdfunding campaign on Indiegogo to fund the first production run of their handbags that come with built-in mobile phone chargers.

After paying the significant costs to develop the products with two suppliers in China, they’re looking to crowdfund the bulk order of leather and materials for the first production run.

John Winters told StartupSmart while crowdfunding was still only an emerging opportunity in Australia, it was the right fit to generate much needed capital.

“Starting a new business you need capital. It’s often quite difficult to borrow money from the bank,” he says.

“Banks usually say no for a new business, and there were limited angles we had to finance this. We’d seen the success of these campaigns overseas, and we knew it was a problem everyone was having and decided to give it a shot.”

They’re seeking to raise $75,000, and Winters says they’ve already raised enough for a minimal run, adding start-up operators need to factor in the cost of production into the discounts offered during the crowdfunding.

“You can’t just break even on each product, you need to cover production as well so you have to factor that into whatever incentives and discounts you offer,” Winters says.

“In China they don’t want to talk if you’re not talking in lots of a thousand, so that’s been challenging as we’re a smaller population than the US. But they know us now, and are willing to be flexible and grow with us,”

Winters says they invested a month of time and significant funds into getting prototypes of all the handbag options, proper photography and a professionally produced video for the campaign.

“The number one thing we read everywhere, and we’ve discovered firsthand, is to show the product is real, and the people behind it are real. You need to come across from a personal point of view.”

Wald agrees that the most important element to get right in a funding campaign is the personality.

“Remember that it’s not enough to show the ‘what’, you really have to focus on the ‘who’ and more importantly, the ‘why’,” she says.

“Why are you passionate about what you’re doing? What do you bring to the project that makes people want to support you?  You are not begging for money, you are asking people to support your dreams, and that’s something people can really get behind.”

“What crowdfunding really comes down to is how you spread it through social media and the press,” he says.

The first production run will enable the team at Hustle Bags to pursue a range of distribution options, including several overseas options.

Wald says crowdfunding has additional benefits not offered by more traditional funding options such as a bank loan.

“You get instant feedback about your idea on everything from is this a good idea on its face, to what elements of this product or endeavour really resonate with people, to brand ambassadors for you before you’ve even launched your brand,” says Wald.

She adds the financial benefits can go beyond the initial capital raised.

“Clearly there are also financial benefits, the biggest being you retain 100% of your equity with reward and/or donor based crowd funding.  We also see that ideas that were once passed on are now actively pursued by investors because of the market validation that the campaign provided,” Wald says.