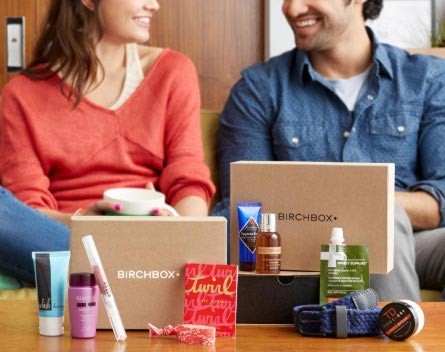 A US-based beauty box startup, Birchbox, has received $US60 million ($A64.6m) in venture capital funding this week, a sign that similar local startup bellabox is taking as encouragement the service has long-term staying power.

Beneath the glossy exterior of glimmering products and helpful beauty tips is a fiercely efficient subscription commerce business, powered by entrepreneurs who know they’re in the logistics business rather than the beauty one.

Bellabox cofounder and chief executive Sarah Hamilton said the news was very exciting for their team and investors, but they’re not getting ahead of themselves by trying to replicate similar goals.

“We’re still too starry eyed about Birchbox to claim to be a competitor. It’s more we think of ourselves as a little sister who looks up at them very admirably,” Hamilton says. “Birchbox is big in US, Glossybox is big in Europe. Our focus is it’s not too bad if we can become that in the Asia-Pacific region.”

Hamilton has previously shared with StartupSmart their growth strategy for getting the company from sending out 350 boxes to over 10,000 every month.

While she’s been told by her investors not to talk numbers, she told StartupSmart today they’ve seen double-digit growth month-on-month since July last year.

The box is available in Australia and Singapore. Hamilton says the key to their growth so far has been relentless testing and targeting of new markets.

“The defining moment for us has been deciding our only demographic dealbreaker in who we target is female. We’re about reaching people beyond beauty enthusiasts, so the market is huge.”

Partnerships have been the backbone of their growth strategy. From women’s fitness groups to key women’s blogs to plus size fashion groups, they’ve offered showcasing their partners products or services in return for contra advertising and exposure.

They’ve recently inked a deal with Jetstar airlines, which will see the bellabox wares showcased to the airline’s massive audience.

While Hamilton has shared why the best mistake they ever made was not spending their $1.3 million in investment capital straight away, she adds the extensive testing of customer acquisition strategies wouldn’t have been possible without their investment.

“We look at that Birchbox number and think wow. But I guess when you look at the revenue we’ve brought in and everything we’ve done, it’s also kind of wow. We’ve got a lot of ideas for growth and no intention of slowing down.”

The team is now over 20 people strong. The development of a new website has been underway for months, but set to be launched soon in a bid to open up new markets.