Bitcoin gets wave and pay treatment 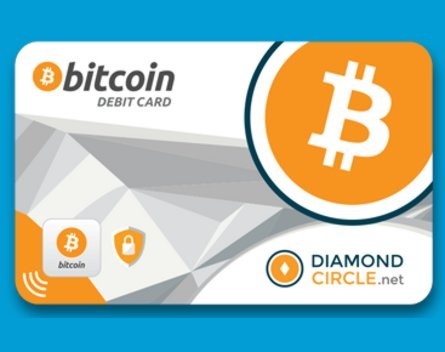 Diamond Circle, a Brisbane-based startup that offers debit cards and cashless ATMs for bitcoin, is set to enter the UK and US, forgoing the local market which it claims is lagging.

Diamond Circle uses near-field communication technology, like that found in credit cards capable of wave and pay, to allow distributors and merchants to accept bitcoins, and earn commission by accepting bitcoins on purchases, providing cash-out facilities and by selling bitcoin debit cards.

Its ATMs are cashless, with users being able to purchase bitcoins using a credit card and sell bitcoins with the profits being placed into a user’s bank account through a direct deposit.

Oswald says not to expect an Australian rollout just yet.

“Australia’s taking a wait-and-see approach and I think that’s reflected in the investment community here,’’ he says.

Diamond Circle was founded a year ago and is in the process of raising its first round of funding.

Oswald says the banking payment system is ripe for disruption.

“The banking payment system technology for global funds transfer hasn’t changed much for 50 years. Point-to-point transfer of funds in this domain is as revolutionary as the internet was to publishing.”

Recently, the company was named on Gartner’s Cool Vendors list for 2014.

“It’s certainly a badge of recognition that an Australian company can stand up and be counted amongst the best in technology globally,’’ Oswald says.

CoinJar has over 22,000 individual and business customers and has processed over $30 million worth of transactions in the last 12 months.

CoinJar growth strategist Sam Tate says the company wanted to get away from the complex discussion that often surrounds bitcoin.

“There was no resource for everyday people. We wanted to help overcome the uncertainty about what you hear about bitcoin in the news and in the media.

“It’s pretty cool. When I first found out about bitcoin it was a curiosity I would enjoy online. Now I can literally by a coffee, buy lunch, buy dinner, buy a beer with bitcoin, and not all from the same place.

“I think the idea will impact society, but the brand might not.

“I’m pretty optimistic about its potential, but there’s the potential for it to go the way of AOL or something like that.”

Australia’s first dedicated bitcoin fund the Future Capital Bitcoin Fund launched earlier this month, it will invest in companies that are leveraging services based on bitcoin and other crypto-currencies.