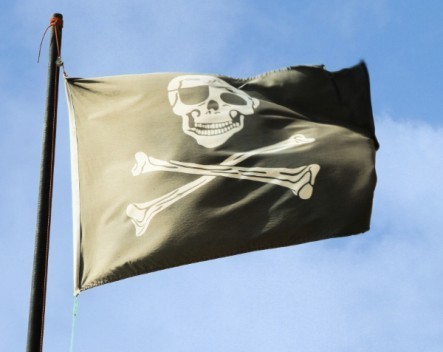 Rumours are flying that the government will introduce legislation before Christmas aimed at blocking certain websites, such as The Pirate Bay and Kickass Torrents, as part of a range of efforts to reduce copyright infringement in Australia.

Although the details are unclear at this stage, it looks like the law will allow copyright owners such as movie distributors and record labels to seek a court order to block sites that facilitate peer-to-peer file sharing, providing access to copied content.

This looks like a good idea, and it’s certainly a less intrusive approach than “extended authorisation liability”, the last copyright reform which the government proposed in July and then hurriedly dropped in the face of almost universal condemnation.

The technical problems with website blocking are the most obvious. Basically, you can block at the domain name level, or at the level of the internet address.

Blocking domain names means that the content owner convinces a court to tell internet service providers (ISPs) to drop problematic domain names from their name servers. This means that when a copyright scofflaw like, well, me, tries to get access to The Pirate Bay nothing happens. The domain name doesn’t resolve correctly, and so it’s like the site doesn’t exist.

There are some good policy reasons to be troubled about this type of action — essentially it breaks the guarantee of internet connectivity — but even if the government ignores that principle, the bigger problem is that it just doesn’t work.

The Pirate Bay will just change its domain name, forcing a constant game of Whack-A-Mole for the content companies and the courts. In any event, I can still get access to The Pirate Bay by getting a virtual private network (VPN) or change my domain name system (DNS) lookup server. (It sounds complicated, but trust me, every 15-year old will know how to do this if the government introduces domain name blocking.)

Blocking is a technical nightmare

Blocking websites at the internet address level is trickier. This involves stopping all traffic from a given IP (internet protocol) number or a given block.

The problem with this type of action is that it inevitably catches and stops some innocent content. For networking reasons numerous websites can share the same IP number or address block, and so shutting down one IP address can wipe out other sites that are completely fine.

Back in 2013, the Australian Securities and Investment Commission (ASIC) applied a little-used section of the Telecommunications Act to block three websites that were hosting investment scams. ASIC ended up with egg on its face when the block also wiped out Australian access to around 250,000 innocent websites that happened to be hosted on the same address.

The other really serious technical problem is that you actually can’t block many of the places where infringing content is hosted. When I download a movie using BitTorrent (a peer-to-peer file transfer protocol), a huge swarm of computers from all over the internet is responsible for sending me bits and pieces of the movie file.

Although a court could order ISPs to block sites like The Pirate Bay that aggregate the initial seed for the torrent files, there is no way to block all the computers that eventually provide me with the movie.

So all in all, blocking is a technical nightmare. However, these problems pale compared with the policy problem of how you write a law that catches only the “bad guys”.

Beyond Google – who will never let a law like this get through – a poorly drafted law will inevitably be used to threaten Australia’s nascent cloud computing industry, because cloud storage is where a large number of infringing files are found these days.

So, once again, we’ll have laws that favour US content industries at the expense of Australia’s digital future.

At best, blocking laws might be slightly effective to reduce the access to overseas movie streaming sites. Maybe. This should make Foxtel and Australian market newcomer Netflix happy because a small number of people will buy a subscription because they can no longer get programs like Game of Thrones free on the internet.

But after a while you have to ask whether it’s worth spending the amount of time, money, and effort that the government keeps expending to keep the copyright lobby happy.

Dan Hunter does not work for, consult to, own shares in or receive funding from any company or organisation that would benefit from this article, and has no relevant affiliations.