How to boost your valuation and attract seed capital: Bluedot Innovation on their $4.5 million valuation 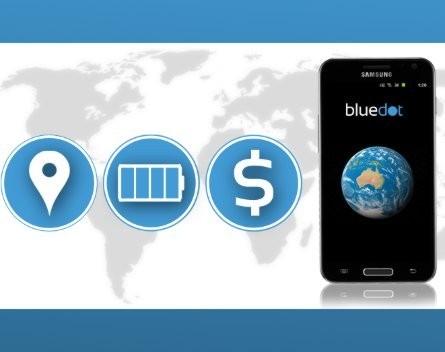 Despite being less than a year old, geolocation technology start-up Bluedot Innovation has received $225,000 in seed capital after a $4.5 million valuation.

Co-founders Filip Eldic and Emil Davityan told StartupSmart their success was evidence of the growing investment activity in Australia.

“We raised at a valuation that is well above the average for Australia, so it shows capital markets are alive and well, and growing here,” Eldic says. “We hit the nail on the head when it comes to the necessary conditions that start-ups need to fulfil when going for capital.”

Eldic says beyond having a well-developed business plan, it was their intellectual property portfolio that contributed to their high valuation.

“We had a series of patents that formed an IP portfolio that adds significant value,” Eldic says.

Davityan adds their decision to distribute their technology via a software development kit (SDK) rather than a series of products meant they could easily join with a wide range of partners and scale quickly.

“We have a really agile and scalable model with a business-to-business licensing model that will enable us to grow quickly, and that contributed to the valuation as well,” Davityan says.

Eldic and Davityan incorporated their business in December 2012, and began raising funds in April after graduating from the ANZ Innovyz Start accelerator program in April 2013.

They’ve partnered with a range of small to medium development houses to beta test their SDK, which should hit the market later this year or early 2014.

Davityan says they’ve been in touch with a wide group of companies from micro-business to major corporations throughout their development.

“We have really close working relationships with many of them, and we’re going through the process of commercial discussions now,” Davityan says.

The $225,000 comes from several private investors based in South Australia. The Bluedot team will be using the funds to continue to develop the SDK, manage their intellectual property assets and file more patents, and bring on board a chief technology officer in November.

Eldic says they’re excited to be at the beginning of a journey in a rapidly changing problem area.

“Geolocation sensors have been used extensively in the past, but we’re only just beginning to discover what we can do as we rapidly increase the sensors’s precision,” Eldic says.

“We want geolocation technology to change how people use their phones. Commerce, where we’re focused right now, is just one aspect, but there is a lot of room for social innovation that we can plug our tech into.”