Boosting the commercial returns from research: the missing link 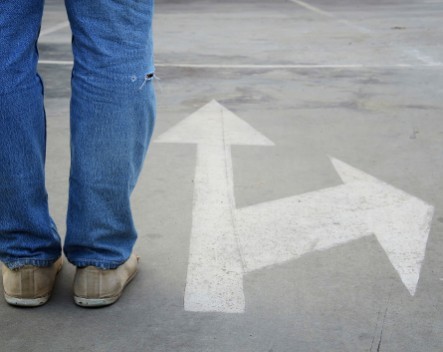 AVCAL has long advocated for a stronger nexus between publicly funded research and real economic outcomes.

The roadmap towards achieving this, however, has been a matter of much public debate.

It was therefore a welcome move for to see the federal government recently release a policy discussion paper called Boosting the Commercial Returns from Research.

The discussion paper speaks about the key gaps in Australia’s innovation system such as the lack of research-industry collaboration, and the need for more targeted research incentives to drive commercialisation activity.

These issues are all well-known and are largely beyond contention.

The discussion paper also reviewed the policies introduced by other jurisdictions to strengthen the translation of research into commercial outcomes: the US, UK, Germany, New Zealand, Netherlands, Sweden, Canada and Denmark. Despite our relatively high levels of research funding by international standards, Australia ranks behind most of these jurisdictions on commercialisation measures.

The paper explained how these countries have introduced a range of measures, including targeted research/industry collaboration programs, to foster commercialisation.

What the paper doesn’t mention, however, is the fact that all of these countries have, as an integral part of their commercialisation policies, something that is currently largely absent in Australia: a publicly funded venture co-investment program.

Around the world, traditional institutional investors have been gradually but inexorably pulling back from supplying the high-risk capital needed to back new ventures.

Although corporate venture funds, high net worth individuals and successful entrepreneurs have stepped in to take their place to some extent, this has largely not been sufficient to address the overall funding gap.

Of the fact that few Australian startups have made the transition to medium or large companies domestically, Sam Chandler of Nitro PDF has said that Australia is a good place for startups, but not so much for growth.

For every success story that is reported in the media, there are many, many more promising companies that are not achieving their full potential due to lack of access to risk capital.

Such risk capital is the lifeblood of a successful commercialisation pipeline. And the gold standard so far in addressing this issue — with the wider benefits seen to be greatly outweighing their shortcomings — has been the formation of government co-investment programs to back local new ventures.

These programs have been invaluable (including in Australia) in providing the funding catalyst so crucial to bringing research from the lab to the marketplace.

In fact, in the US, President Obama’s Startup America initiative identified “unlocking access to capital” as their first priority, including the need for government co-investment in risky ventures in partnership with the private sector. Both New Zealand and the UK have identified the lack of capital going into VC funds as a “market failure”, and 2002 and 2009 respectively introduced the New Zealand Venture Investment Fund and UK Innovation Investment Fund as part of their respective national solutions to address this.

It has been proven that this model works not just internationally but also in Australia. The now-ceased Innovation Investment Fund program was instrumental in seeding Aussie success stories such as SEEK in their early stages. The South Australian BioSA model has shown that for every $1 of public funds BioSA has invested in early stage technology companies, these companies on average have achieved $10 in further investment or revenue from sales.

Indeed, Harvard professor Josh Lerner said in his recent visit to Australia that matching investments schemes were one of the most effective tools for governments to foster venture capital.

The government has recently made positive strides in setting the stage for a more vibrant startup environment. The recent announcement of the rollback of the 2009 Employee Share Schemes changes and additional measures to encourage take-up in startups, and the proposed expansion of the Significant Investor Visa requirements to encourage investment in venture capital, are positive first steps. The Victorian government’s recent contribution of $5.6m over seven years to secure Brandon Capital Partners’ Biotechnology Translation Fund’s headquarters in Melbourne is another positive step.

But there is of course, more to be done.

The commercialisation discussion paper’s proposals, which focus largely on the need for aligning research incentives with commercialisation objectives and greater industry-business collaboration, are further steps in the right direction.

However, the issue of how commercialisation is to be effectively financed, and how innovative, high-growth ventures can get adequate access to capital, cannot be ignored.

Given the wealth of evidence on this matter, the extraordinary consistency of international policy responses to this challenge, and independent expert views on the matter, it seems almost incontrovertible that we need to address the funding blockage for venture capital through a new government co-investment program to replace the Innovation Investment Fund, which was abolished in the 2014-15 federal budget.

It would be a shame, after all the positive effort undertaken to remove roadblocks to the venture industry, to falter at the final hurdle.

Dr Kar Mei Tan is head of policy and research at the Australian Private Equity and Venture Capital Association.