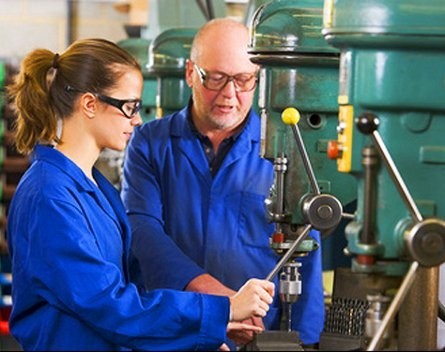 An industry body has expressed its concern over figures from the National Centre for Vocational Education Research, which shows a drop in the number of people starting apprenticeships.

According to NCVER, which provides seasonally-adjusted and smoothed data for apprentice and trainee commencements, fewer people are starting an apprenticeship or traineeship.

“The substantial growth in non-trade commencements up to the June quarter 2012, and the subsequent decline from the September quarter, is predominantly due to changes to incentive payments for existing workers,” NCVER managing director Tom Karmel said in a statement.

However, it increased the standard completion incentive by $500 to $3,000 for existing worker apprentices and trainees in non-National Skills Needs List occupations.

James Tinslay, chief executive of the National Electronic and Communications Association, said he is very concerned about the drop in electrical apprenticeships being offered.

“Apprentice training is the lifeblood of not just the electrical contracting industry but almost all trade- and service-based industries in Australia,” Tinslay said in a statement.

“Without this structured training, Australia will soon experience a severe shortage in skilled labour across our communities.”

NECA employs more than 2,000 apprentices through its group training companies.

While its numbers have not dropped significantly this year, Tinslay said the overall drop of around 14% across the industry “is an indication of the trend for smaller businesses to be reticent about investing in the future”.

“We can understand the concerns many small business have given the current low levels of building activity,” he said.

“But unless the unions and the government pull back on their push to increase the apprentice wage and conditions, this situation is only going to get worse.”

As part of the 2013 federal budget, the government announced it will strip funding from its Australian Skills Centres of Excellence program while pouring more cash into helping regional businesses find apprentices.

The centres were to be established from July 1, with the aim of fostering innovation in the vocational education and training sector.

Instead, the government will redirect the funds to its new Alternative Pathways Program, which will receive almost $70 million over the next four years.

This program will fund training programs for apprentices in “high demand industries experiencing skill shortages”, according to the government.

The vast majority of the money will be allocated to large businesses and industry bodies to train around 4,000 apprentices over four years, although $19.2 million in new funding will be used to attract apprentices to regional areas.

NCVER has shied away from making a statement about the funding changes, with a spokesperson telling StartupSmart: “This is not something we wish to comment on”.