Can a self-managed fund invest in bitcoin? 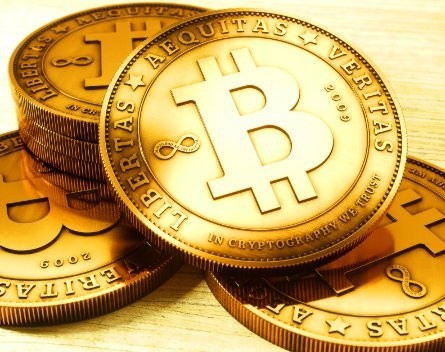 In 2013 and 2014, bitcoin burst into the mainstream media due to increasing use as a transactional currency, together with a meteoric rise in the value of bitcoin. The value of one bitcoin is notoriously volatile, having seen a seventy-fold increase from around $15 to around $1100 during 2013, and subsequently falling to around $650 by June 2014. The total market capitalisation of bitcoin now exceeds $7 billion and the average daily value of trades is in the range of $50 million.

Bitcoin’s liquidity, volatility and seemingly blue-sky potential have brought it into the focus of traders and investors, particularly those looking for alternative and speculative investments.

Australia’s SMSF sector is heavily regulated, and those who operate or advise SMSFs will be well aware of the restrictions placed on the operation of SMSFs by the Superannuation Industry (Supervision) Act 1993 and related regulations. The Australian Taxation Office (ATO) is responsible for administration of these rules.

Although there are not yet any formal rulings or publications from the ATO clarifying how the rules apply to bitcoin, there are a number of issues that would arise for any SMSF considering investing in bitcoin.

Who would ‘control’ the bitcoins?

Where cash deposits are held in a bank account, that account is in the name of the trustee of the SMSF, in that trustee capacity, rather than the individual member. Similarly, other assets are registered in or held for the trustee in that capacity.

By contrast, the public key addresses containing bitcoins are not inherently connected to any person or legal entity – instead, they are controlled by whoever is in possession of the matching private key.

Care would need to be taken to ensure that the trustee of the SMSF, rather than the individual member, is in control of the SMSF’s bitcoins at any given time. Protocols for storage and use of the private key would need to be in place. Emerging bitcoin technology including multi-signature transactions may assist on this front. Bitcoin wallet providers may also be able to register accounts in the legal name of the trustee, though most wallet providers do not require such identification at this point.

Would an investment in bitcoin satisfy the ‘sole purpose test’?

SMSFs are required to operate for the sole purpose of providing retirement benefits for their members. This means that the SMSF cannot directly or indirectly provide financial assistance or benefits to its members prior to their retirement, including use of or access to the assets of the SMSF.

This requirement may be able to be addressed by carefully designating the SMSF’s bitcoins as being held at a particular public address, stored in a secure manner. Regular movement between different public addresses could cause difficulties because it would need to be shown that each of these public addresses is controlled by the trustee, and not the members.

How would bitcoin fit with the SMSF’s ‘investment strategy?’

An SMSF trustee has a duty to exercise the same degree of care, skill and diligence as a prudent superannuation trustee in all matters affecting the SMSF. This of course includes due diligence in relation to all investments made by the SMSF.

As a comparison, SMSFs are permitted to invest in risky financial products, such as contracts for difference, in limited circumstances, but the ATO encourages caution in investing in these sorts of products.

If an SMSF intended to actively trade bitcoins, rather than having a buy-and-hold strategy, it would need to be carefully considered in the context of the investment strategy. SMSFs are prohibited from carrying on a business, which could include a bitcoin trading business, or a bitcoin mining business. Bitcoin mining activities are likely to be more difficult to reconcile with the SMSF’s investment strategy.

In any case, amendments to the SMSF’s trust deed may also be required in order to allow investment in bitcoin.

In addition to showing that the SMSF trustee controls the bitcoins, an SMSF would need to show that adequate security measures are in place to protect loss of the bitcoins by fraud or theft. If the SMSF uses a third-party wallet provider, there are serious questions about how the SMSF would be able to confirm that the systems and protocols of that provider are adequate to protect the SMSF’s bitcoins.

Individuals who use online wallet providers are able to do so at their own risk. By contrast, SMSF trustees owe duties of care, skill and diligence to their members, and would need to be able to demonstrate how they have discharged these duties in the context of investing in bitcoin.

Currently, it is not clear whether an Australian bitcoin wallet provider is required to hold an Australian Financial Services Licence. If bitcoin wallet providers are not subject to these types of regulations, then it may be difficult for an SMSF to prove that the provider has adequate systems in place. In the interim, an SMSF trustee might wish to use offline ‘cold storage’ to ensure maximum security.

How would the SMSF acquire the bitcoins?

Generally speaking, SMSFs are not permitted to acquire assets from their members, subject to exceptions including money and listed securities. Whether or not bitcoin is ‘money’ is currently the subject of broader debate in the context of the income tax, GST and other regulatory regimes. There is a view that bitcoin should be treated as ‘foreign currency’, but that is far from certain at this stage.

In addition, if an SMSF wanted to borrow money to acquire bitcoins, it would be hard to set up the required limited recourse arrangements, due to the control issues discussed above (even if a lender was prepared to lend on this basis). Borrowing would also increase the already risky nature of an investment in bitcoin, making it harder for the SMSF to prove that it is an appropriate investment.

In any case, there would be a real risk for SMSFs to acquire bitcoins from their members, whether as a contribution or a sale for value. Therefore, the lowest-risk strategy would be for the SMSF to acquire bitcoins through a third-party exchange using its existing cash reserves.

Every SMSF is required to undergo an annual audit conducted by an approved SMSF auditor. The auditor will check whether the fund is complying with its investment strategy, the sole purpose test and the other SMSF rules.

An SMSF trustee which has invested in bitcoin will need to be able to prove to the SMSF auditor that the SMSF actually holds the amount of bitcoins asserted, that they are under the control of a trustee and that proper security measures are in place. As a practical issue, it may be difficult to prove these matters to an SMSF auditor, especially if the auditor does not have experience with bitcoin.

What does all of this mean right now?

Unfortunately, there isn’t a ‘yes or no’ answer right now. Investing in bitcoin creates a number of risks which could jeopardise a fund’s status as a complying SMSF.

At this stage, especially in the absence of ATO guidance, SMSFs should not invest in bitcoin without first carefully considering and seeking advice on these risks. As an alternative, indirect investments in bitcoin, including through bitcoin businesses or managed funds, may be more appropriate for some SMSFs.

Reuben Bramanathan is a Senior Associate at McCullough Robertson Lawyers.