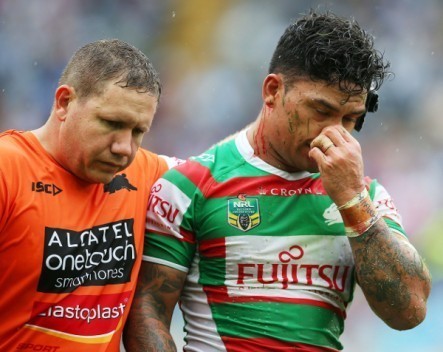 South Sydney Rabbitohs hooker Issac Luke has been under investigation this week for a homophobic slur he made on social media. Despite it being taken down quickly, the NRL has stated they do not tolerate discrimination in any form and will be taking it up with the team management. And they have a legal right to discipline him.

On the face of it, social networking outlets such as Facebook and Twitter might appear to offer people an arena for venting on issues, including gripes and grievances about work.

Although they may well be their own private views, such forums are often viewable by the public and, even if they are not, are often legally considered to be public enough to validate legal claims such as defamation. In particular, employers are permitted to act on any negative comments about work issues, regardless of whether it’s from the work desk, home or the employee’s mobile phone.

Many companies now have a social media and blogging policy as part of their contractual employee terms, which provides clear limitations about the permissible contents of a blog and personal social media use. Some also cover limiting use of the work computer to access social media websites (or other sites) during work hours.

Such policies put employers in a much stronger position when they want to take action against employees writing things they don’t approve of. In serious cases, venting feelings about work could amount to gross misconduct and, therefore, instant dismissal.

More and more companies are taking public comments seriously and taking action to dismiss staff. For example, Virgin Atlantic was able to fire several of its crew for posting comments around Virgin’s lack of plane safety; while a Canadian food chain fired several staff for creating a website that was posting bad customer reaction videos and images.

And in Australia, a senior public servant was fired for using Google to search for the word “knockers,” (which had nothing to do with doors) in their own home using a government mobile device.

Beware – you may be monitored!

What is ‘best practice’ advice for your employees