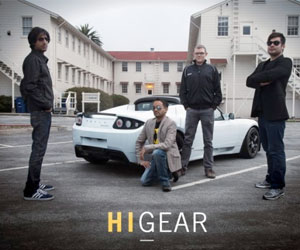 Luxury car-sharing start-up HiGear has been forced to close after the company fell victim to a ring of professional car thieves.

US-based HiGear is a private car-sharing club for luxury cars whereby members share and rent luxury cars from each other. The company markets itself as a “trusted, secure community of car enthusiasts”.

Unfortunately, the HiGear system wasn’t secure enough to stop professional car thieves from stealing four of its members’ vehicles, believed to be worth almost half a million dollars.

Although several of the vehicles have since been recovered, the company has decided to close its doors as a result of the scandal.

The closure has highlighted the security dangers of the ‘sharing’ business model, which has been adapted by start-ups in Australia in areas such as cars, accommodation and household appliances.

Unlike other car-sharing networks, HiGear didn’t use an iPhone-based system for unlocking doors or immobilisers. Instead, renters met the vehicle’s owner for a physical key exchange.

Vehicle owners were advised to meet renters in a public place and to check driver’s licenses to ensure they were the same person who made the booking.

Monique Conheady, founder of Australian car-sharing company Flexicar, which was sold last year to Hertz, says companies should not underestimate the value of technology to ensure secure systems.

“We chose to create our own system, through contacts from university with programming and IT skills,” Conheady says.

Flexicar’s technology took time to create but the system now compares to Melbourne’s public transport smartcard Myki, ensuring the safety of its clients.

HiGear isn’t the only peer-to-peer network that has fallen victim to criminal activity, suggesting start-ups should be wary of the model, namely the issues it presents with regard to security.

US-based accommodation site Airbnb suffered a setback after one of its homes was robbed and vandalised last year, prompting the company to offer a $50,000 insurance guarantee to its users.

Airbnb works as a travel network by pairing travelers with locals willing to rent out their homes for a fee. Last year, the home of a San Francisco host was robbed and vandalised by a guest.

In light of the incident, Airbnb says it will focus on “further strengthening our system” but the company’s brand has suffered immeasurable damage nonetheless.