Code Club Australia gets $1 million to spread far and wide 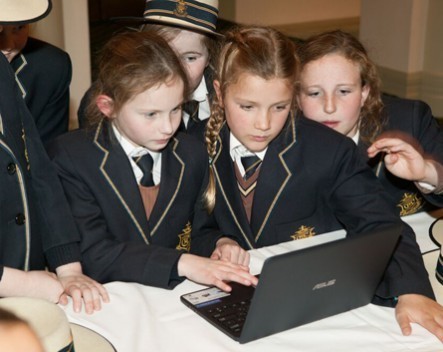 Code Club Australia has received an early Christmas present of $1 million that’ll help the organisation reach more schools in regional areas and teach kids the “language of the future”.

Half of the cash injection will be coming from the federal government, with the Telstra Foundation chipping in for the other half.

The organisation’s network already includes more than 10,000 students from 241 schools around the country, and national program manager Kelly Tagalan says the money will help the group reach a more diverse audience.

“This empowers us to do a lot more outreach regionally and put more of an emphasis on getting girls into coding,” Tagalan tells StartupSmart.

“Now we are accountable for a whole other level of success and we are so ready for this challenge.”

The funding will give the organisation runway for two or three years, Tagalan says, and will allow the group to reach more regional areas.

“We would like to see code clubs all the way up into far-north Queensland and the Northern Territory,” she says.

“That’s where growth is quite slow for Code Club at the moment.”

Tagalan lamented the gaps being left by the current reach of Code Club.

“We have to look at how we can diversity who we are working with in this space,” she says.

“We’re collaborating with the usual suspects and not integrating consultations with Indigenous Australians. That means innovation will leave out a tremendous amount of the population.”

Tagalan says the barriers to expanding the impact of Code Club are collapsing thanks to the increased accessibility of technology, especially with the launch of Raspberry Pi’s $US5 computer.

“It is sometimes a problem of connectivity, but Code Club’s materials are available offline,” she says.

“We have a whole library of resources for teaching computational thinking.”

Code Club recently merged with the Raspberry Pi Foundation to “open up a world of robotics” to students, and the Australian branch has turned its attention on educating teachers on coding and how to get kids enthused with it.

For Tagalan, the support from the government is nice validation for the work the group has already done and motivation for its ambitious plans next year.

“Having the Australian government’s support is tremendous for us,” she says.

“It gives the whole industry recognition – we’re not the only body doing this and getting official government recognition is a hat tip for all of us working in the space.