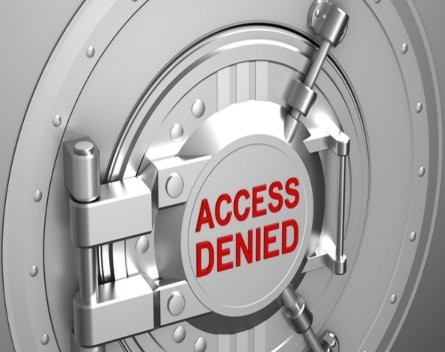 An Australian bitcoin start-up has hit out at the Commonwealth Bank in a blog post saying the bank suspended outgoing payments on its business account last week and closed the two founder’s personal accounts without warning.

CoinJar is a virtual wallet for digital currency bitcoin transactions. Co-founders Asher Tan and Ryan Zhou discovered money could still come into the account, but they weren’t able to process outgoing payments last Friday when a scheduled payout to clients was repeatedly declined.

Tan told StartupSmart they understand bitcoin is still a developing industry, and banks are right to be vigilant about security.

A Commonwealth Bank spokesperson told StartupSmart in a statement: “The bank apologises if the customer feels they have not received an appropriate level of service. We are looking into this matter, though due to customer confidentiality, we are unable to provide further details.”

Tan says CoinJar received an email five days after its business account was suspended, saying they had received fraudulent payments.

“But the percentage was in the low single digits, no different from the industry standard,” he says.

Tan says managing incoming fraudulent payments is part of running a bitcoin company and they’re doing everything they can to manage the issue.

“We’ve dealt with a fraudulent deposit before and we’ve just borne the cost. We have no way of stopping these accounts paying to us,” Tan says. “We’ve been proactive to stop this and banned the users responsible from our site.”

Tan says he’s spent 45 minutes on the phone every day since Monday trying to find out what’s going on. He says funds can go into the business account, but can’t be paid out.

“We’re a proprietary limited company, so, according to ASIC (the Australian Securities and Investments Commission), it shouldn’t affect our personal accounts,” Tan says. “We’ve been asking them for a timeline so we can convey that to our customers, and not even our bank manager can give us an answer,” Tan says.

CoinJar is now using a business account with the National Australia Bank, after a representative approached him at a pitching event where Tan shared the issue.

He says they tried to close the business account at the Commonwealth Bank on Wednesday, but were unable to.

Both co-founders have other bank accounts, but Tan says a significant amount of business and personal funds are frozen within the Commonwealth Bank.

Co-founder Ryan Zhou says the episode has been disappointing and stressful.

Zhou wrote on his Facebook page the Commonwealth Bank was his chosen “bank for life”, and he describes CoinJar as the victim.

He says the only reason supplied by the bank was a “commercial decision to terminate the client/banker relationship”. He says he understood the bank’s need to maintain security.

“However, the absolute lack of transparency and communication (CoinJar couldn’t access nearly $100,000 of client funds for six days without a reason or deadline given), the illogical link of a business risk with personal affairs, and the blind assumption of the victim being involved in the financial crime are simply beyond reason,” Zhou wrote.

“Like everyone else, I’m fully dependent on basic financial services to meet my daily needs. I need to survive in a society that’s trending towards cashless, and I also need to somehow accumulate wealth to build my dreams.

“To CBA, I’m nothing more than a rounding error in their $7.6 billion full-year profit, yet a piece of paper from (CBA’s) Group Security Financial Crime Services can shut off a dream in an instant.”