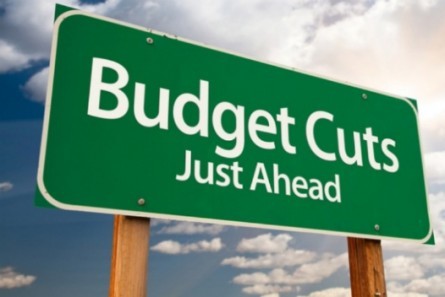 The Commission of Audit has recommended the government abolish both the Innovation Investment Fund and Commercialisation Australia, a rumour first reported by StartupSmart a month ago.

There has been some recent disagreement on the success of the IIF, which invests in developing new technologies, with an industry spokesperson recently labelling it a failure. Commercialisation Australia is generally seen as an important program in commercialising startups across a number of sectors and was accessed by Seek in its early days.

However, detractors and supporters of the program have been united in slamming the recommendations of the Commission, all believing that government assistance is needed to boost the startup industry because of poor access to venture capital, particularly those seeking later stage rounds.

The Commission believes the government should stop providing assistance to startups as there was no greater public benefit, with benefits only for the companies.

“The intellectual property, and any profits arising from these new ideas remains with the business, and there are no clear public benefits arising,” the report says.

“The process of commercialising new products can often be a difficult one.

“However, skills and finance can be acquired from the private sector, and there is no clear reason for the Commonwealth to provide this assistance in competition with private sector providers.”

Australian Private Equity and Venture Capital Association Limited (AVCAL) said in a statement to StartupSmart that the recommendations were flawed and “demonstrate a lack of genuine commitment to fostering a stronger Australian economy in the future.”

“The Commission of Audit has got this wrong – abolishing key support programmes such as the Innovation Investment Fund and Commercialisation Australia is not going to help our economy to become more innovative and more competitive into the future,” said AVCAL Chief Executive, Yasser El-Ansary in the statement.

“A small open market economy like ours has to focus on assisting Australian businesses to compete on the world stage, and that’s hugely important to bringing about productivity-enhancing reforms that will create more jobs andmore economic growth in the years ahead.

“The Commission of Audit recommendations to abolish the Innovation Investment Fund and Commercialisation  Australia have been made without there being any credible or compelling argument in support of the conclusions.

“What we wanted to see from this review was a comprehensive analysis of how government spending obligations can be re-prioritised to deliver greater economic efficiency, and better long-term outcomes for Australian businesses.

“In the context of Australia’s innovation system, the Commission looks to have fallen into the trap of taking a short-term view on cutting expenditure that will have a potentially devastating impact on our long-term prosperity.”

The statement added that the Government needs to decide whether or not they can afford to abandon their support for the creation of a more modern and innovative future Australian economy.

El-Ansary highlighted the significant structural changes that are taking place right now across key industry sectors such as manufacturing, which required then Government to place policies that promote greater private sector investment in new business ventures.